Its that time of the year, the Summer holidays and with brings half of Gauteng to the coast. The annual migration of the Vaalie begins now and lasts till mid Jan and they have short stint in April during Easter. The reason for my post is not to discourage visitors to our lovely province but probably to enlighten them on their journey down. My job allows me to travel to various parts of the province and today I traveled to Nquthu, its somewhere in the bundu's but I had to take the N3, which is the main artery linking Durban to Joburg to get there. I bemoan travelling on that road because of the high number of trucks that one is faced with when travelling up (i.e from Durban to the midlands) heading down isn't so bad as long as you keep to the speed limit.

Now, KZN is the one province in the country that has a zero tolerance on people who break the speed limit, yes I know many will get away this year by slipping the officer some Randela's but if you do get a cop who practices the law, you will get locked away. So if you want to speed, do it in Gauteng or the Free State... I'm joking, I don't endorse speeding, speed kills, for real, I've seen what happens when shit goes bad. 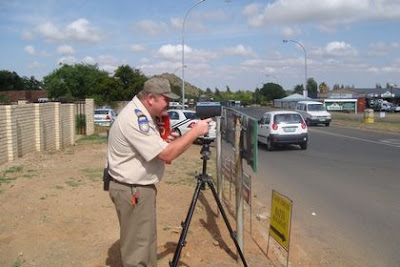 When traveling in my lovely province you will notice signs on the freeway saying "Freeway Being monitored by Average Speed Cameras", no these are not for decor. What they mean is that along the route they have placed cameras at certain points to track your speed. Now on my drive today I noticed many, many cars with GP number plates doing the same thing. Every time they went under the camera, they jammed the brakes and slowed down to 60kph, then once they passed it, they accelerated back to to Mach 1. Now, I'm not sure if its just these okes or everyone in Gauteng doesn't understand how these camera's work. 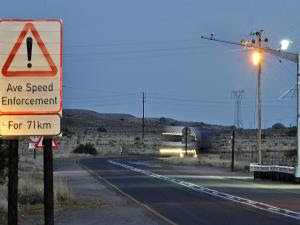 The camera itself doesn't detect your speed, hence its tiny. The only thing it picks up is the time, date and your number plate. When you pass the first one, it takes a picture of your car and records the exact time you passed, then when you pass the second camera it does the same thing. Then what happens is they take the two pictures, work out the time difference and do some grade 5 math to calculate if you've been speeding. Its not rocket science, I mean the cops are doing this. So I appeal to you all of those travelling, don't go full retard and brake like crazy when going past the cameras, it doesn't matter what speed you doing and the limit is either 120, 100 or 80, there is no reason for you to slow down to 60. 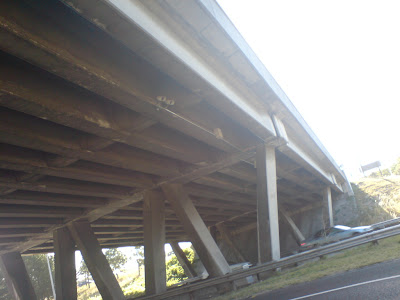 So to end it off, enjoy your holidays in KZN, it seriously is a great province and one I'm proud to live in! Be safe on the roads!