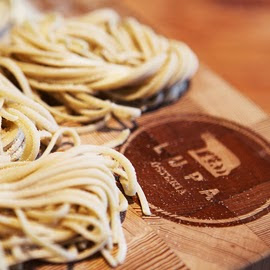 There was much fanfare about this place "Lupa" that the people up the hill kept raving about, for most of you who don't know, the expression "up the hill" means the climb up that dreaded Fields Hill to Kloof and Hillcrest. Many who reside there don't venture down the hill apart from work reasons and many who reside down the hill don't head up for any reason! Now there are a host of top restaurants up there but the one that kept coming up in conversations was Lupa. So much so it enticed many to venture up the hill to try it out for them self and they were not disappointed. 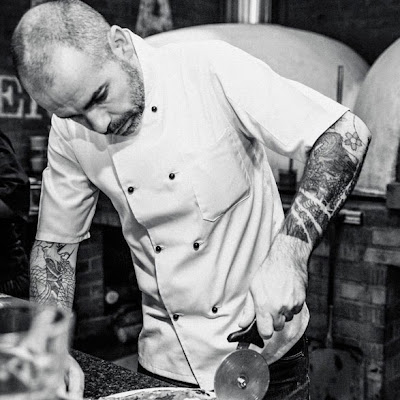 Though if you were like me, lazy to make the travel, we were in luck as owners Chris Black and Guy Cluver decided to expand their eatery or "Osteria" as they call themselves, which in Italian means a place that serves wine and simple food, to pastures down the hill in close proximity to us, good thing to as I've been there 3 times since and each time provided something different so I thought I'd share my experiences. 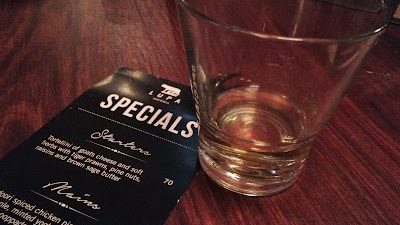 The Westville branch opened late last year and was an instant hit in the area with most of the nights being fully booked. So after many attempts I finally managed to get a booking before the end of last year, albeit a stand by booking for myself and a couple of mates. Being on the waiting list we were asked to wait at the bar, but in truth I could spend the entire evening there with a pizza and a cold beverage. The setup is quite funky with low lighting, high tables and stools, classy bar setup with a variety of craft beers, commercial beers, an assortment of spirits and great selection of local wines. They also have a cocktail menu but for me, just a double whisky on the rocks whilst we waited. 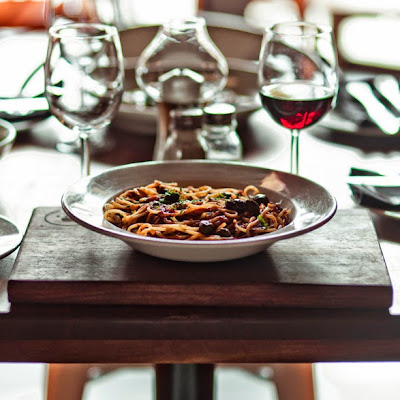 Now I like to look at a restaurants menu prior to visiting, luckily Lupa have the entire menu on their website but even though I probably spent a few hours going through the menu on the website in my own time I still wasn't sure what to order once we were seated. I eventually settled for the Marinara Pasta. A selection of prawns, mussels and calamari, served in a rich tomato, chili and fennel sauce with a home made pasta of your choice, I chose the spaghetti. The meal was good, not great but good. The flavour from all the seafood was evident, none being overcooked, none over powering and it was a great melody tied up with that fantastic sauce. It didn't blow me away though but I did enjoy it, hence I thought that's why they called it "Osteria", simple food. The serving was quite large, so it definitely justified the price. 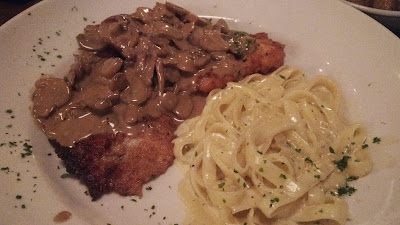 Upon my second visit I was tempted to try something from their Secondi Menu, I was sold on their Chicken Marsala. A crumbed chicken fillet, pan fried with a sauce of mushrooms, Marsala wine, Gorgonzola and cream. I'm one for fried foods so this was right up my alley, for my sides I decided against going for the usual starch of potatoes, though their Tuscan style potatoes are damn good! But I opted for the creamy parmesan fettuccine. I cannot begin to tell you how well it worked with the main. The chicken was done to perfection, crispy on the outside, soft and moist on the inside. The sauce was legendary and has me salivating for it as I type this. The fettuccine as I said was the perfect partner for this dish. All the elements blew me away and it was then I realised what the people from the top of the hill were talking about all this while! and all that for a R100 seemed like a steal compared to other eateries. 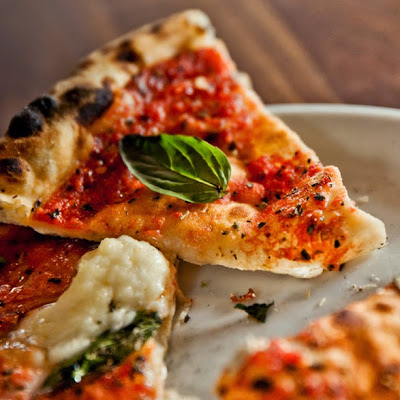 My third visit came not to long ago as I decided to have one of my many birthday dinner celebrations at Lupa Westville. It was my birthday so what the hell, went all out for 3 courses. To start, I shared the Rotolo of Spinach, with ricotta, mushrooms and a brown sage butter. Seeing that I was going to have a meat as my main I might as well balance it out with the veg starter. I love spinach and ricotta pies and this was very similar to that, the sage butter was the cherry on the top. 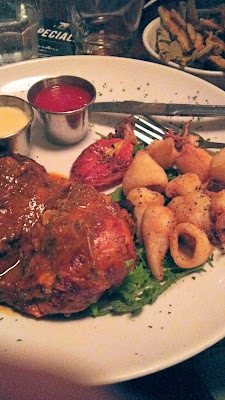 For mains I went for a combo, half a chicken peri-peri roasted in their wood fired pizza oven with pretzel dusted calamari. Priding themselves on organic chickens, I expected it to be on the smallish side but I was wrong, it was a healthy half a chicken with an equally healthy serving of calamari tubes.The calamari was excellent, I'm one for crumbed and fried but the pretzel dust proved to be a welcomed difference to the norm. The chicken was superb as well, strong peri- peri flavours and perfectly roasted in that wood fired oven. Again, instead of opting for potatoes as a side I went for the Zucchini fries. a healthy and tasty alternative. All that for R110, portions were more than adequate and could easily satisfy anyone without having starters or desert. 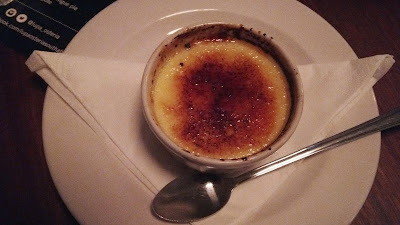 Speaking of which, desert, there was a lot to chose from, a salted caramel popcorn sundae caught my eye but being stuffed from the previous two courses  I opted for something small. Always been a fan of creme brule so I settled for just that. Many places stuff up on the sugar, some being too thick or too burnt but a layer as thin as film, crystallised just right as you break through to the soft, creamy cool creme underneath. It along with a cup of cappuccino was the perfect way to end the night. 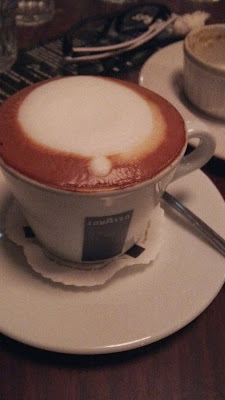 Out of my 3 visits to Lupa Westville I was never left disappointed, from the decor to the food and the service, it leaves one satisfied after getting good quality and a keen price. Which brings me back to the name Osteria and its meaning, "simple food and wine", yes while the food may be simple, it is great food and of good value, their vast selection of wines to chose from make the name apt. After the success of Westville they have recently ventured further to Durban North, which I understand is packed on a daily occurence. Another thing thats new to Lupa is that they now serve breakfast, another thing for me to try soon! 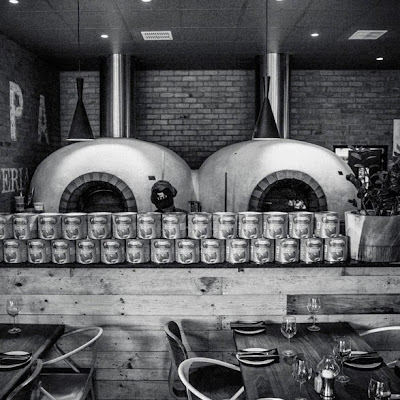