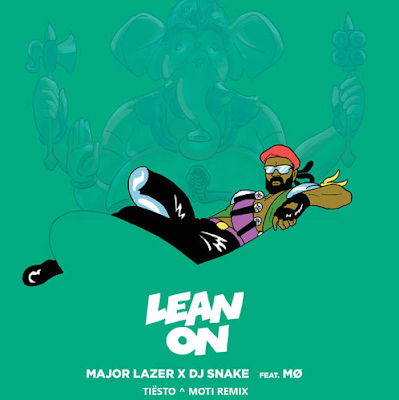 DJ Snake, more famous for his tracks such as Get Low which is featured on the Fast & Furious 7 sound track teamed up with American DJ and Producer Major Lazer to make the chart climbing track "Lean On" which features vocals from Mo. The song is quite a catchy number and the music video even more interesting as it was shot in India. But as most songs do, this one went under reworks by Moti and Tiesto and the outcome has been phenomenal, Tiesto has played it on almost every set of his in the last month to raptures from the crowd. It's an epic track but made to sound even better by a great produced remix.