Before I attended last year's BMW International Polo Series at Shongweni, I knew as much about Polo as the average woman knew about the offside rule in football. Not to say that I've become an overnight expert on the sport, lets just say I know a Chukka is a time period in the game and not an abbreviated name for Chakalaka. Also that the sport isn't a lazy man's sport where he makes the horse do all the work, well the do make the horse run a lot but it also takes loads of skill, timing and precision.

This year the series plays host to New Zealand with the first test coming up this weekend in Durban at the Shongweni Polo Club, with the second test being played in Johannesburg at the Waterfall Polo Estate. It's the 26th year of partnership between BMW South Africa and the SA Polo Assosciation, this being one of the longest running consecutive sports sponsorships in South Africa. With this sponsorship, it gives SA Polo the opportunity to invite international opponents for the tests on our shores as well as invest in the development of polo through its transformation policy. 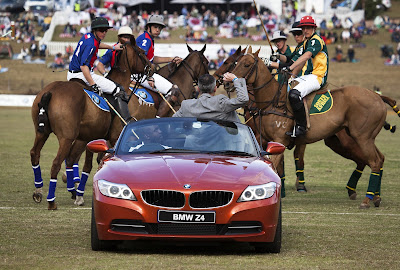 New Zealand will be sending a 23 goal team to SA to compete. Their team will be captain by well-known John Paul Clarkin who currently plays off an 8 goal handicap. It will be the sixth tour by a New Zealand Polo team to South Africa in this series, with the touring team being victorious on the previous occasion. South Africa will have everything to play for this year as I'm sure they will be seeking to change that stat. I will be there this Sunday at Shongweni to enjoy the game as well as the festivities that go along with it. 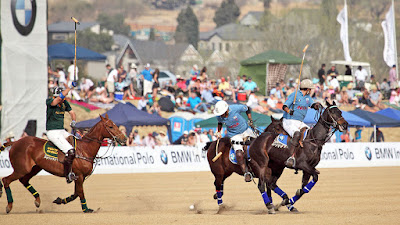 If you would like to join in on the event, tickets are now on sale and can be purchased via the SA Polo Association website with bank seating, picnic spots and marquee tables available. Apart from the Polo, you can also look forward to seeing some of the spectacular models on display from the German luxury manufacturer. It's sure to be a great day out for the entire family.