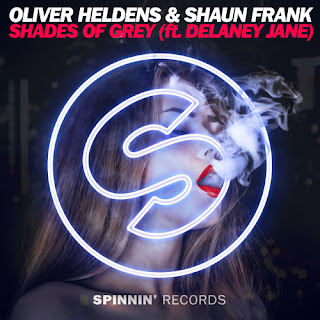 Dutch deephouse DJ Oliver Heldens is carrying on his trend of producing big hits, this time around he's teamed up with Canada's Shaun Frank and Delaney Jane on the vocals. Shades of Grey may sound familiar to some as it featured on the Ultra Miami Aftermovie which we featured last week. It's a mellow track with a great beat and tempo, the vocals are just fused into the mix to make it that extra special. It's been playlisted on some of the local radio stations of last week and sure to be a track for the summer.