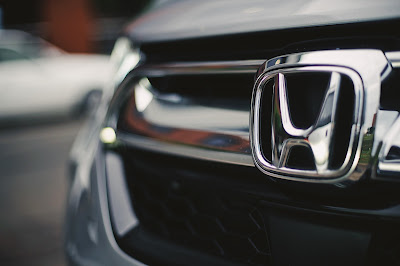 Starting off the year with a new manufacturer is always good, and this time we would like to introduce a name that is synonymous for their reliability, strong brand reputation and undeniably great cars, it is none other than Honda. For long Honda played second fiddle to the other major motor manufacturer from Japan, but while they both maybe from the same country, there is a distinct difference in the type of motor vehicle being produced but one thing they do share is their strong reliability. Honda has prided itself on their service and after sales service, there was a point where they said the spares room at a Honda service center had a lot of dust in there since hardly any one went in there. Take from that what you may, but moving on to the car at hand, the all new CR-V, when I took delivery of it, I was quite surprised by its size. It has grown a lot from the original which started off as a mid-size SUV, now it's put on some bulk and really looking great. 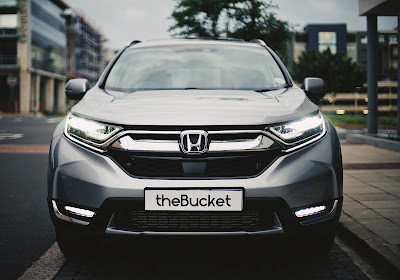 The overall design of the car is on point, keeping the uniformed shape of the front from Honda with the elongated grille tying in to the long and slanted headlights, the car does look rather intimidating from the front. With the 1.5T Exclusive which I was driving, it came with LED fog lamps which added to its character. Chrome finishing on the grille and the large Honda emblem gave the car a premium look. From the side, the car looked meticulous, with all the right lines and edges, all looked like they were ironed out and leveled, then moving to the back, the large rear lights were continue up following the length and slope of the rear window brings out the Japanese design element to the car. If you look at the back from straight on, it actually looks like the  Transformers logo.  Again, finishing on the exterior is class, with chrome in all the right places, stainless steel dual exhaust pipers, and those rims look like blender blades. Moving onto the inside, again great quality of finishes with the whole dash setup quite nicely. Steering controls gave you access to pretty much everything apart from the aircon, the digital instrumental panel allowed you to choose what you'd like displayed and the large infortainment touch screen made up for all the rest. 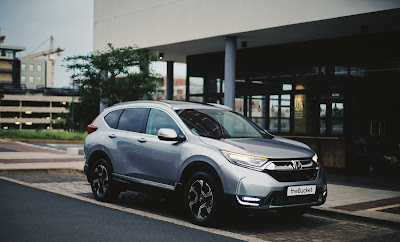 The CR-V is a big car and when I told people it has a 1.5 liter engine powering it, they were a bit skeptical and with good reason too. With big cars like this, fitted with smaller engines with turbo's, the turbo's tend to take strain over time but with the CR-V it's a bit different thanks to the DOHC setup and the CVT automatic gearbox. The engine pushes our 140kW with 240Nm of torque, while it at times feels like the car is under-powered, it's just the lag from the boost build up of the turbo. The car is a bit thirsty if you're heavy on the foot but for normal cruising, it should just fine as they boast a claimed fuel consumption of 7L/100km. I got close to that at times, but most of the time not. I blame my timing since I was always in a rush to go places. 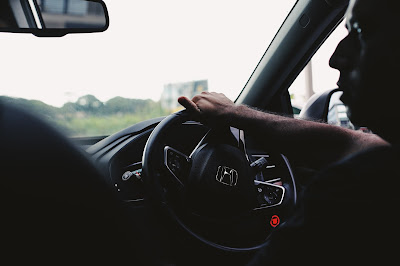 While the CR-V is big, it's still a 5 seater SUV, and not 7, plus the seats are larger than normal so cramming another 2 in the boot might be an overkill. It's suffice how it is, and boy is it roomy! From the driver and front passenger to the rear, there is more than enough space and leg room. The seats as mentioned previously are quite big and ultra comfy and fully adjustable with the driver getting memory seats as well as lumbar support. It also has heated seats for the people in the front. The CR-V comes with dual climate control as well, perfect for the Durban humidity and if you want some fresh air the full glass panoramic roof opens to allow some of that natural oxygen in. 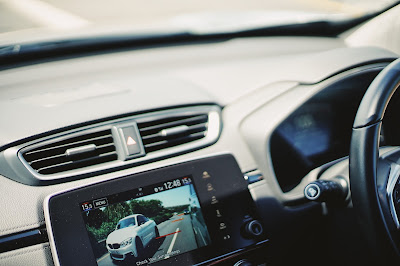 Being the top of the range model, the CR-V 1.5T Exclusive is packed with cool tech. From Bluetooth streaming to multiple USB ports for both front and rear passengers, heck its even got an HDMI port! It has integrated Satellite Navigation and is Apple CarPlay compatible. The coolest feature for me though had to be the cameras. While it had the standard reverse camera, it also came with another two more, one mounted on the spoiler so you could get an aerial view of exactly how far away you are from an object and the kicker for me was the side mirror camera mounted on the left side mirror which came on every time you indicated left, it is meant for you to use when changing lanes so you can see on the TFT screen if there isn't any cars there but it just looked so damn cool that I kept indicating left for no damn reason! 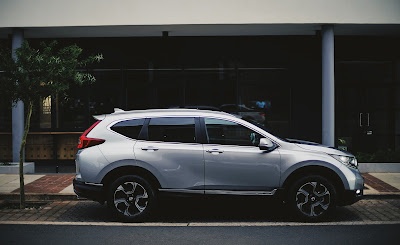 The Honda CR-V has certainly come a long way over the years and this current model is a stunner. With a base price of R422 900 for the 2,0 Comfort, is rather impressive for a car of this size. There are a few things I didn't like about the one I had but it is really minor, for starters, the gears, its very easy to slot the selector into Sports instead of Drive, which explains why my fuel usage was a bit high since I always put it in Sports gear, and some of the interior trimmings felt a bit too plastic but other than that, the CR-V really impressed me and being my first test car from Honda, I look forward to seeing what comes next. 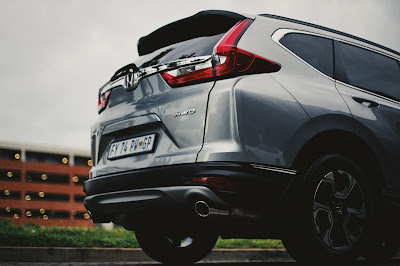 
Pictures by YuviK Photography & Avish_Karr
Posted by Amith at 2:35 PM