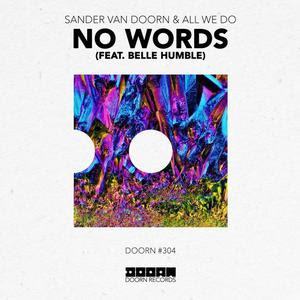 Sander van Doorn, the Dutch producer DJ has come a long way since he first hit the scene. I recall seeing him at Durban's very own Origin nightclub where his style then was a bit more harder and trance like. Over the years his music has took a slight change, for the better? Some might argue not, but for others they would agree seeing that it's more easy going that might even make commercial radio play, not saying he's gone full commercial but the music can be played. Anyway, we have his latest track "No Words" featuring the vocals from Belle Humble, the music video is quite awesome as well, featuring the sights of India.