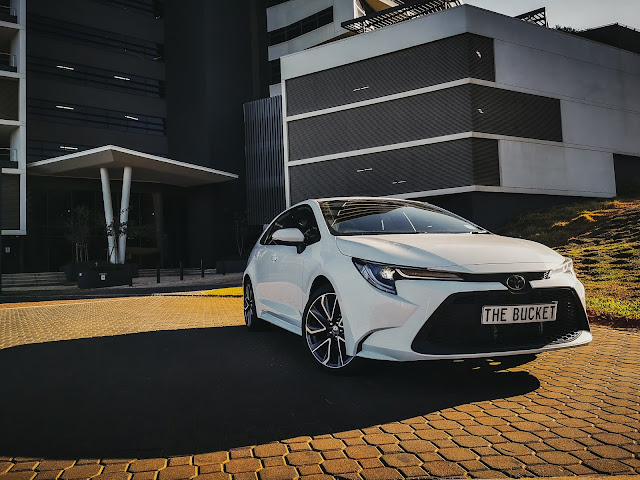 If you had to mention the Toyota Corolla, it wouldn't really spring excitement to anyone, it's not that sort of car. For years its been one the brands best selling cars, with it being priced right, the perfect size and most importantly having that great reliability and holding a good resale value. The Corolla also had its roots in SA with it being assembled in the plant in Durban so for many of the locals, it meant a lot to own one. However, with the latest generation of the Corolla, much of what I've just told you has changed. Toyota have chose to cut it from the assembly line in Prospecton and get the model fully imported, the car is no long mundane but rather exciting while still having great reliability as well as giving the consumer bang for every buck they spend on it. Being a Corolla owner myself, I was very much looking forward to spending some time in the new model to see what all the fuss was about, and from the first instant I knew exactly why. 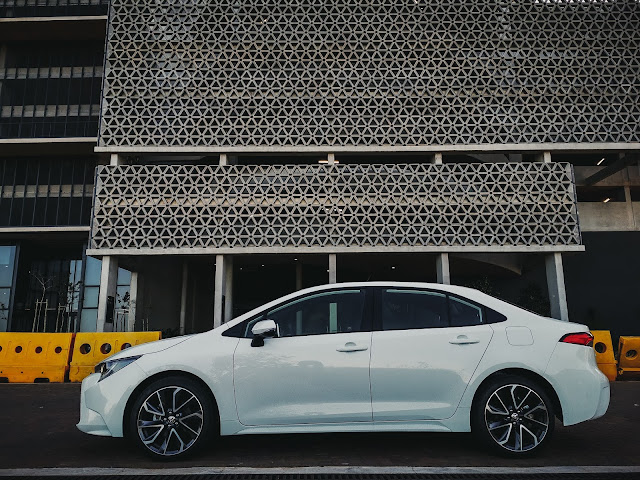 No matter who you are, you can't deny that the new Corolla looks great, I mean we all saw the hatch last year and were blown away by the design. A car that we were so used to being run of the mill, playing it safe design has transformed into this elegant and sporty being. The Sedan is no different as it sports the exact same front but with a boot, and I can it's not an eyesore as compared to many hatch come sedan models. This one actually works and blends in beautifully! Toyota's new design language is really pronounced in this design, with it borrowing some elements from its sister company Lexus. The Corolla has a large front grille which is the main feature of the front end, with lights that swoop from either end to meet in the middle where the badge sits proudly. The daytime running LED lights pronounce the shape of the headlamp which follows the swoop down to the wheel arch where its met with the front bumper in a rather bulky but sporty fashion. The cuts and lines really give the car dimension but doesn't seem overdone. The side profile is very similar to the previous generation model but with new large 18 inch bi-colour rims, it makes it hard to notice. The rear end of the car is tied up nicely with the rear lights following the swoop of the tailgate and have beading along the back linking both together. The rear diffuser has a large blacked out portion which adds to the aggressive look as well as some faux vents on either side. Overall, stunning look car even in white. 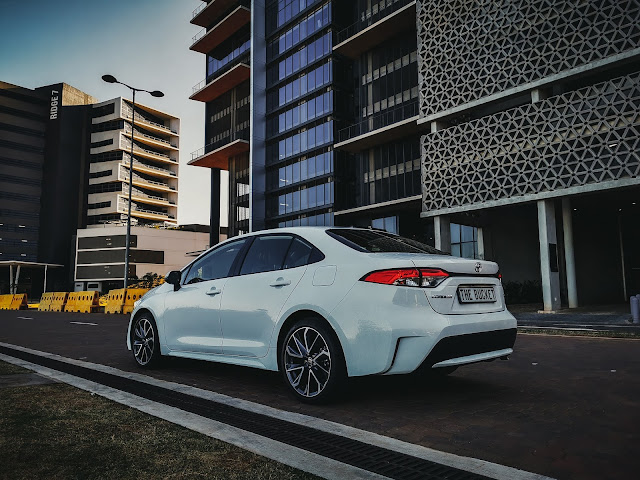 The previous generation Corolla saw the highest engine being a naturally aspirated 1.8-litre and many thought that would be the end of the legendary 2.0-litre engine for the Corolla's but somehow the guys in Japan went back on their decision for this latest model offering it both a 1.8 and 2.0, the one I had was the range topping XR model in the 2.0 option. Performance wise, it was quite responsive with the manual gearbox, offering 200Nm of torque and 125kW. On the road it was sublime, I've never experienced a ride like this in a Toyota Sedan, and my dad has a Camry so I should know! The feel was solid, the power was on point, there was no time I found myself fighting for torque, down changing for sudden loss of power or any of that. The engine even at low revs still manages to cope when going up hill and even if there is a need to down change its virtually effortless. I do wonder how the CVT gearbox would cope in situations like this but I'll reserve judgement on that until I get one to drive. 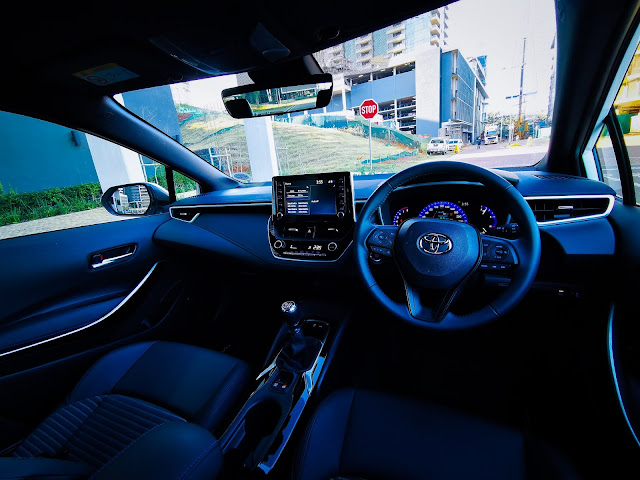 Being a medium sized family car, the Corolla is rather spacious, decked out in half leather, half material trim the seats looked good but felt even better. Remember how I spoke about how good the ride quality is? Well the seats also have a part to play in that as they are super comfortable. I know, that is the last thing you'd be expecting me to say about a Corolla but I will go on the record on saying that that the ride in this new Corolla is even better than some of the luxury German sedans I've reviewed in the past. The Corolla is also packed with standard features that you would pay an arm and two legs for in European models. The drivers seat is fully electric adjustable, it has voice command, lane departure warning, adaptive cruise control, a large infotainment screen which has Android Auto and Apple Car Play pre-loaded, voice control and all one touch power windows. The Corolla also has smart keyless entry, Bi-LED headlamps which are damn great, would have been nice if they had adaptive lights but that's not a biggy. One small gripe I did have with it, was that it didn't have auto lock on the doors when driving so you had to manually lock the door all the time. I mean my Corolla is 7 years old now and it has that! 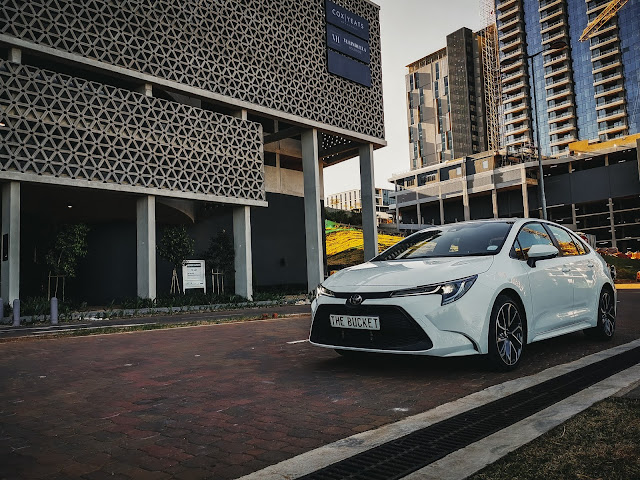 Have Toyota done the Corolla justice with this new model? Hell yes, in fact I think they knocked it out the park! To me, this model ushers in a new era for the model, saying that its no longer just the middle class sedan as its coming to knock on the doors of some of the heavy weights. With Toyota's pricing point, keeping this model well under R500,000 and the features it has as standard, it really will get keener interest from people who are looking to get a new car but not sure if its worth spending that extra 80 to 100 thousand on a German or European model. With the Toyota Corolla Quest on offer, that will still attract the lower income earners that just want a decent family size sedan that is comfortable and has the necessary equipment to keep everyone happy. This XR model is brilliant in my books and even has me considering a trade in on my Sprinter, but don't tell it that as it might get jealous! 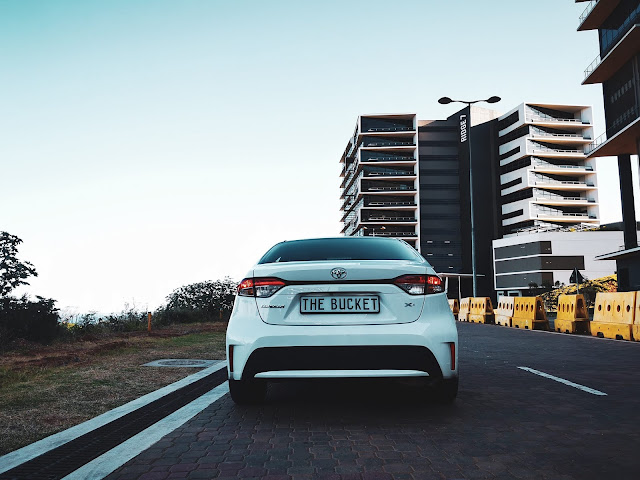