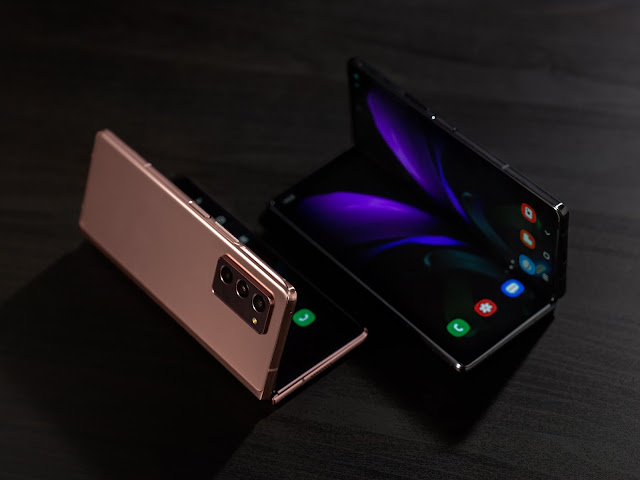 Yesterday Samsung Mobile SA officially launched its much anticipated Galaxy Z Fold 2 mobile device in the country. During their live stream launch, Samsung gave us insight into what makes this 3rd foldable device from their range so special and why it's been generating so much hype world over. Folding mobile devices is a whole new category to the portable technology range and while so far only two manufacturers have come to the party, Samsung is leading the way in terms of design and development of such. It's a phone, its a tablet, its a world of innovation in the palm of your hand and its beautiful! The Samsung Galaxy Z Fold 2 has come a long way since the first gen with Samsung through much research and development ironing out most if not all of the bugs from the first one. Biggest one being the "crease" which users found to appear after much opening and closing of the device, Samsung have seemed to remedy this by making an all new state-of-the-art hinge using cam technology which operates smoothly and doesn't put that much pressure on the screen, as well as sourced new materials to make the folding glass helping to prevent this from happening on the Galaxy Z Fold 2.

I know many will be looking at this device and wondering "why", well its innovation at its finest and in time to come could be the way mobile devices of the future will be made. As the generations of devices were made, it went form big to small due to evolution of components, with the introduction of smartphones and touch screens, devices had to get bigger to give the end user a bigger and clearer picture or working space, with folding tech this can still be achieved and keeping the device at a decent size. We saw this with the Samsung Z Flip which folds into a compact wallet size pouch but unfolds into a standard sized smartphone. With the evolution in tech, devices like the Samsung Galaxy Z Fold 2 could replace the smaller variant of tablets on the market. It gives you and experience like nothing you've had before, with you being able to use the device in various openings to suit your need. With the UI and large screen it is possible for your to work on multiple apps at the same time, having them as windows on your screen all while chatting to someone on a messaging service, the possibilities are endless with the Galaxy Z Fold 2. 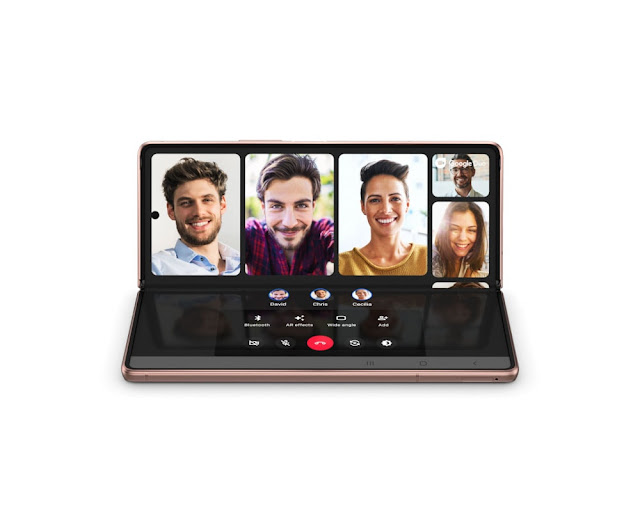 In closed mode, the Galaxy Z Fold 2 is a normal smartphone with a 6.2" touch screen which you use just as a normal smart device. Perfect for one handed operation, whether its texting, talking, gaming or taking pictures. Unfolded, the main screen measures a massive 7.6", the display delivers rich colours of dynamic AMOLED 2X4. The screen is designed to emit less blue light so you can unfold to a table-sized viewing experience for hours on end with minimal strain on your eyes.  All the apps for the Galaxy Z Fold 2 are optimized for the devices which feature app continuation, so if you're working on the device while its folded, soon as you unfold it, the app you're working on will transfer to the bigger screen so you can continue with what you were doing and not lose any vital information. You can also drag and drop files from various apps which makes things much easier and quicker.

Speaking of quick, the Galaxy Z Fold 2 omes with a 5G chipset so it's ready for the fastest network. With the device boasting a dual battery with a combined power output of 4500mAh, along with improved AI which actively saves the phones energy, you can be rest assured that the Galaxy Z Fold 2 will give you more than a days worth of use. The Z Fold 2 comes with a triple camera set-up, all three of them being 12MP with a wide, telephoto and ultrawide lens. The Selfie camera is a 10MP wide lens which there is two off, one on the front folded screen and one in the large display. The Galaxy Z Fold 2 will be available for pre-order from the 7th of September 2020 at a RRP of R49,999 with units due to arrive towards the end of the month. It will be available in two colours, Mystic Black and the ever popular Mystic Bronze. 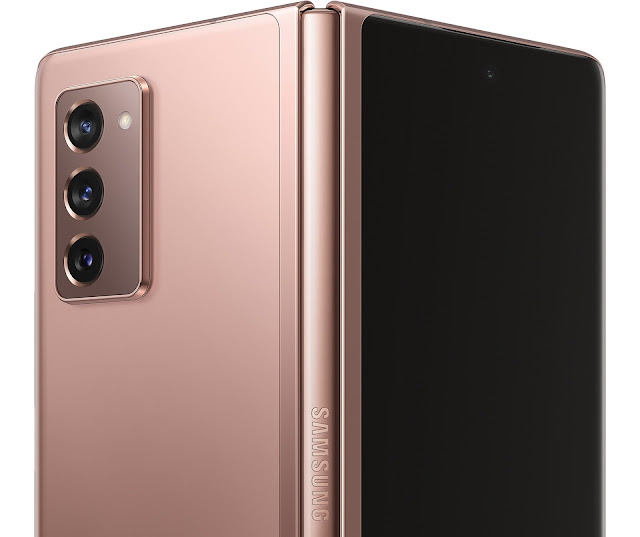