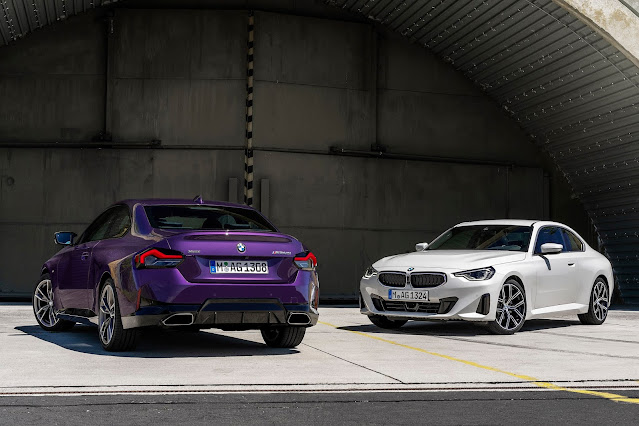 There's a new BMW 2 Series Coupe, its only the second such car in BMW's history and seeing how popular the old model was, this one should gather the same amount of interest and possibly translate into sales for the German motor manufacturer. If you've even driven the current 2 Series you know what a good car it is, it harks back to the history of BMW's 2002 and CS Coupes, short wheel based cars that are meant for sheer  driving pleasure with a bit of fun. While the 2 Series did aim at a specific market, the M versions of the car seemed to be quite popular with the petrol heads, the M240i, M2, M2 Competition and most recently the limited edition M2 CS were by far the favourite models from the 2 Series line up. With the short-wheel base, couple with a powerful engine that has rear wheel drive, all this put together can only equate to endless amount of tyre spinning jubilation. 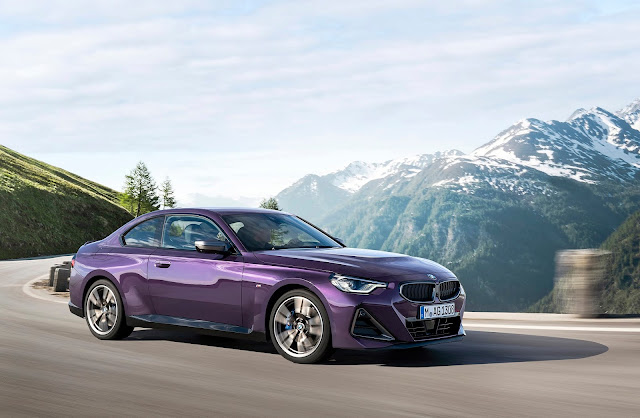 This new BMW 2 Series looks like it has the making of all of that and more, with its new imposing design that has sporty proportions added bulk to areas where its needed. Newly designed BMW kidney grilles which are sleek and vertically arranged with active airflaps in place of the standard grilles, which is molded in a hexagonal shape for the front end, the side air intakes are triangular in shape and give great contrast to what we normally come to expect from BMW. While some of the designs which are coming out of Munich might be controversial to some, I think they've done a splendid job on this new 2 series coupe. It's miles better than the 2 Series Gran Coupe which I still don't really understand but maybe that is because I haven't driven one yet. I guess the biggest talking point on this new 2 Series is the rear with its LED rear lights that has a three-dimensional sculpting, the lights go with the hexagonal theme and they sort of remind me of the E90 3 Series tail lights. 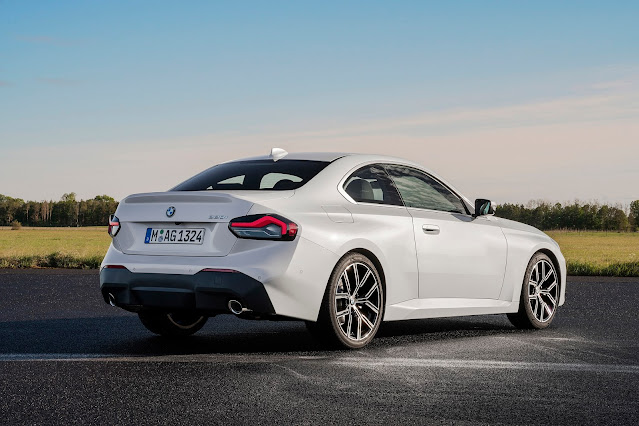 Engine wise, the new 2 Series Coupe will be available in 3 variants, the 220i which is a 2.0L, 4 cylinder twin-power-turbo that churns out 135kW and 300Nm of torque. A Diesel variant in the 200d guise that is also a 2.0L, 4 cylinder twin-power-turbo that delivers 140kW with 400Nm of torque and the range topping M240i which has a 3.0L, 6 cylinder, twin-power-turbo that generates 285kW and 500Nm of torque, this results in a 0-100km/h time in just 4.3 seconds. The M240i also comes with M Sport differential fitted as standard along with BMW's all-wheel drive system xDrive. Lift-related dampers fitted as standard, electronically controlled dampers will be available as an option with the adaptive M suspension. The M240i comes with BMW's 8-Speed Steptronic automatic gearbox that ensures accurate changes for optimal performance. 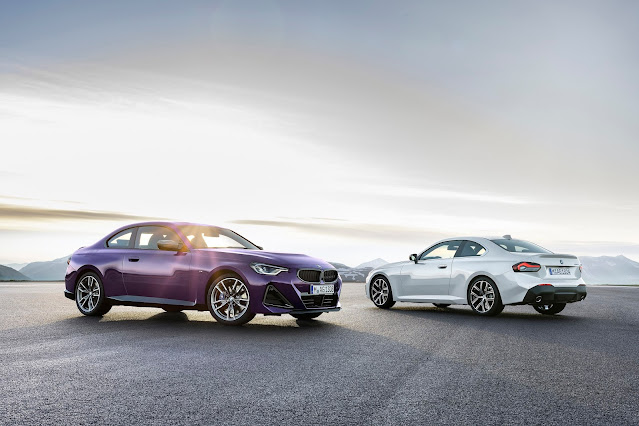 Overall its a very sleek look package from BMW and one that is sure to excite many, the car is due in SA in the first quarter of next year.