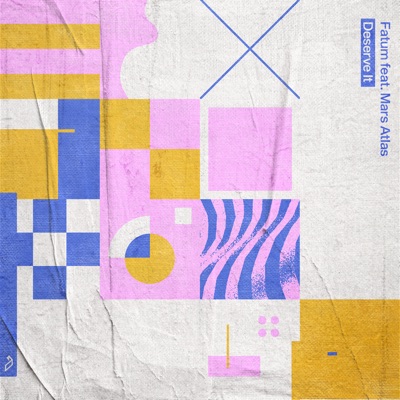 If you're an avid listener to Above and Beyond's weekly podcast Group Therapy, today's track will come as no surprise to you. It was first played at the trio's live set at the Drum Sheds in London for their ABGT450 set and was released about a week ago. "Deserve It" by Grammy nominated duo Fatum and Mars Atlas who wrote the song, is one of those tracks that hits your heart first before your mind, to quote Mars Atlas "Deserve It is one of the most meaningful songs I've ever written. The song was written in a matter of a few minutes one night, in a burst of overwhelming vulnerability at the idea of one day losing my parents." While we're used to Big Stage sound from Fatum, this track is a bit diluted to that sound,  the duo say its a special track for them as it showcases the next evolution in their sound but also shows their versatility in this aspect. In working with Mars, they said the collaboration was very natural and they worked in synergy to put this track out, they're extremely happy with it and hope he fans are too.
Posted by Amith at 11:35 AM