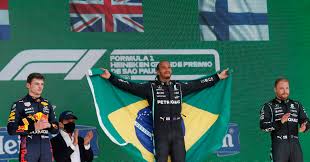 Everyone knew this years F1 Championship battle would be close but we didn't anticipate it to be this close! With just three races left in the calendar, Red Bull Racings Max Verstappen holds a slender 14 point lead heading into this weekends race in Qatar and with tensions still high from last weekend's Brazil GP, you can expect much of the same this weekend. Max has made it very clear that he will be racing hard as he chases his first championship and in all honesty, fans shouldn't expect anything less, from both drivers not just Max. There was a big uproar over a move that Max pulled at Interlagos last weekend which saw both him and Lewis run wide after the Merc challenged him for first place. A lot are labelling Max as being reckless and dangerous, this is predominantly from the LH44 fan base but lets look at it from a sporting point of view, both have a lot to lose and while both cars did leave the track it wasn't in a dangerous or reckless manner. Max was defending his lead, braked late and clearly couldn't make the corner hence going wide and forcing Lewis the same way. It wasn't the greatest defending we've seen but we have seen worse before. 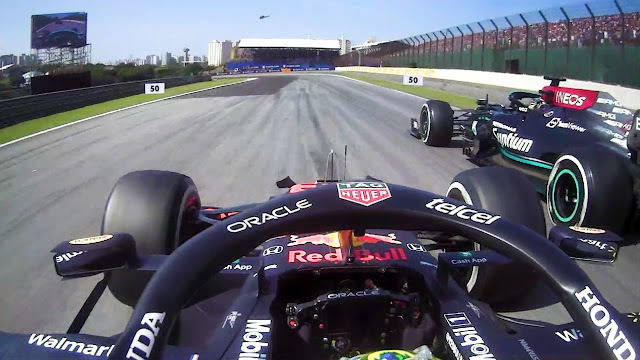 But there is the issue, we, Formula One fans that have been watching from the 80's and 90's as well as the early 2000's have seen worse before. There's been an increase in F1 fans over the past year and half due to the popularity over the Netflix series "Drive To Survive", while like any sport its great to get more support, it becomes annoying to see the newbies throw their toys when their favourite isn't getting things their way. While Lewis is the sports golden boy, I mean his talents and accolades speaks for itself, he has  developed this "lead character" role which is good but at the same time makes it seem like everyone else is against him. This is a false narrative, those who watched his career since he started at Mclaren know this for a fact, he was given preferential treatment at that team from a young age and when things didn't go his way, while his double championship winning partner Fernando Alonso got the victories and strategies right, Lewis used to throw the biggest fit anyone has seen. Now I'm not saying he's a spoilt brat but it surely came across that way, later on though I realised that it was his hunger for winning that made him that way. We are seeing a very similar approach from Max at the moment, which is why he's sort of developed the "evil character" in this series. 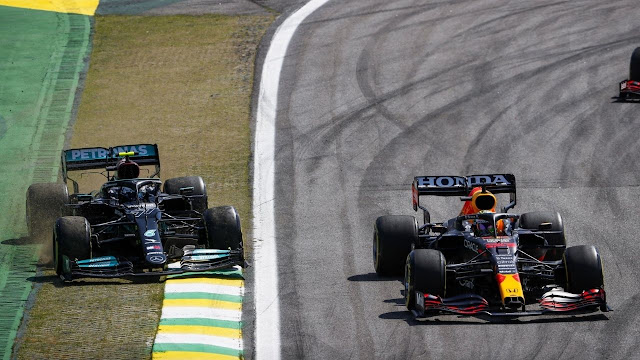 While Max has that hunger, he is still handling things much more mature than young Lewis did, heck even when Lewis was in his prime after joining Mercedes, we saw some really petty bickering from him especially when Nico Rosberg was his partner. So while I understand the frustrations from Lewis fans, this is nothing new to see form younger drivers. The attitude they have in racing now will change as they develop further into the sport. We're witnessing such a fascinating battle play out this season, lets just enjoy it the way its meant to be enjoyed, not throw shade on any driver by calling them names on social media or start witch hunts for no damn reason other than preferential support. We don't need people going into investigating steering wheel angels and telemetry like they're the FIA's very own VAR team or something. While this weekends race at Qatar is suited to the Mercs, there's no guarantee they will walk away with maximum points as it is a new circuit that many don't know much about, likewise for the following race in Saudi Arabia. Either way the race to Abu Dhabi will be an intense one with fans biting their nails till the very last lap at the Yas Marina and personally I cannot wait to see how it ends. 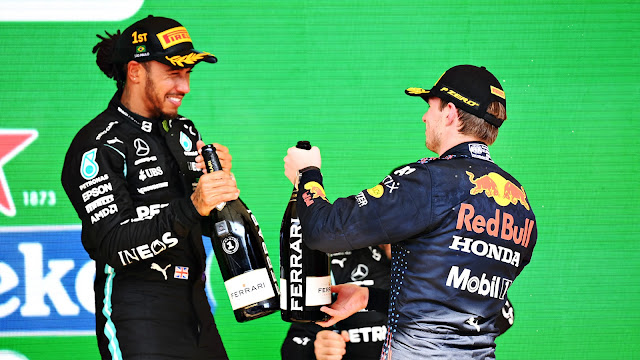