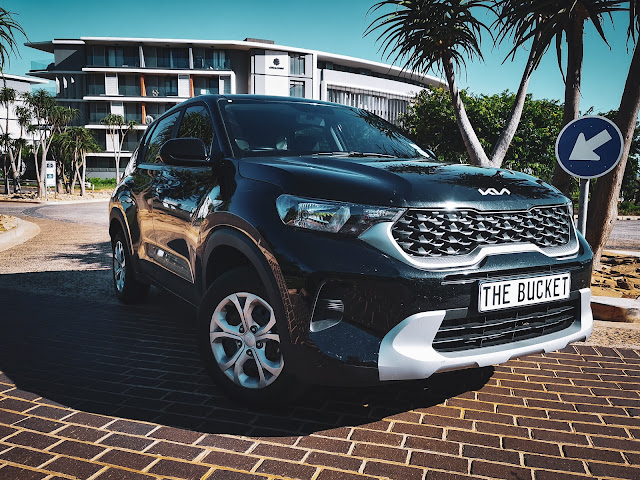 I always get excited when I get a new KIA rolling into my driveway to test drive, there's just something about this brand that excites me with every model they make. While they may be overshadowed in the market by their parent company Hyundai, I still feel that for an overall product KIA offers a better package. Most of the models are almost identical in their base platforms with each brand configuring their cars to their own brand philosophy and pricing structure and that is where KIA edges it for me. The Sonet is their smallest SUV offering and last year I had the EX automatic version but due to the Durban riots taking place that week I spent with it, I never got the opportunity to drive it much, so this year when I spent a week with the LX Manual version, I made sure I did it plenty justice and this little number did not disappoint. 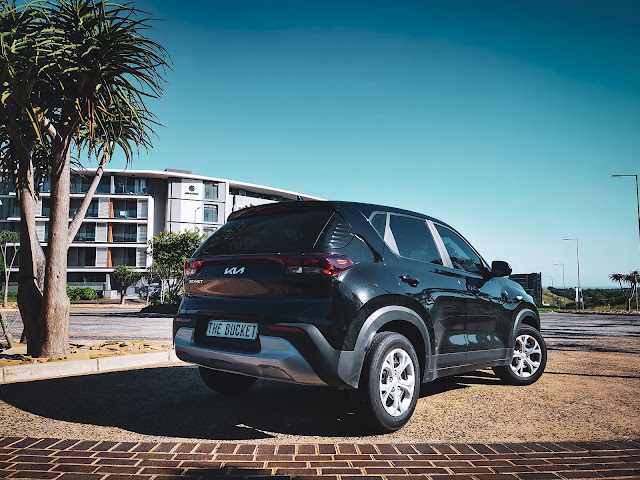 The Sonet is based on the same platform that Hyundai's Venue is built on, with design tweaks and interior changes to suit each brand. The bold styling from KIA really gives this tiny car a lot more presence, the bulk on the sides, large grille and well placed colour coded panels make the Sonet look extremely attractive, even in this bottom of the range model. The car still exudes a certain amount of elegance even with it being a crossover and with its size has that charm to it. I received many comments during my time with the Sonet at how neat the overall design was.  The front headlights tie-in neatly to the grill with the bottom border of the grille finished in brushed matte aluminum that also features on the bottom front bumper scuff plate. This LX model comes fitted with 15" alloy-wheels while the EX gets the large 16" 5-spoke bi-clour rims. The back is where you'd find some similarities with the Hyundai Venue, more especially where the tailgate window is. The new KIA logo is well prominent on the back but I think it still is taking some time for people to get used to it, as it looks more like KN at a quick glance than KIA. On the interior, everything is pretty much the same as you'd find in other KIA models, well spaced and laid out. 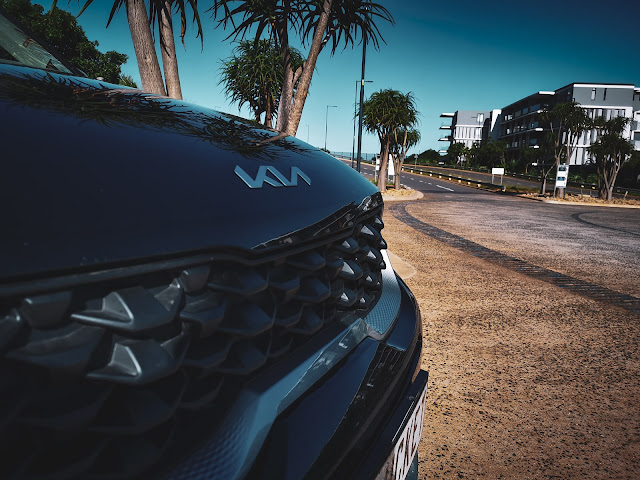 Both models in the Sonet line-up are powered by a 1.5L naturally-aspirated engine which is offered with either a 6-speed manual or a 5-speed CVT automatic gearbox. I had the 6-speed manual derivative which I found to be the right choice, especially for a small engine like this as the CVT might get tiresome when doing trips around town as it searches for gears or delays them in changing. Power output on this motor is 85kW and 144Nm of torque. There is a top speed of 170km/h which is probably achievable but obviously not on public roads but with a car like this there isn't a need for you to be traveling at such speeds. I took the Sonet on a long road trip from Durban to Underberg with 3 adults, with the terrain being pretty mountainous, I was worried if the 1.5L motor would cope with the full cabin but I think this is where the manual gearbox came to shine, climbing up the passes proved to be easy work for the Sonet as I navigated the many bends that came our way with ease as well. The car felt really well balanced and had little to no body roll when taking turns at speed. While the brochure has no real indication on the average fuel consumption, I managed to get about 6.1L per 100km which is pretty decent. 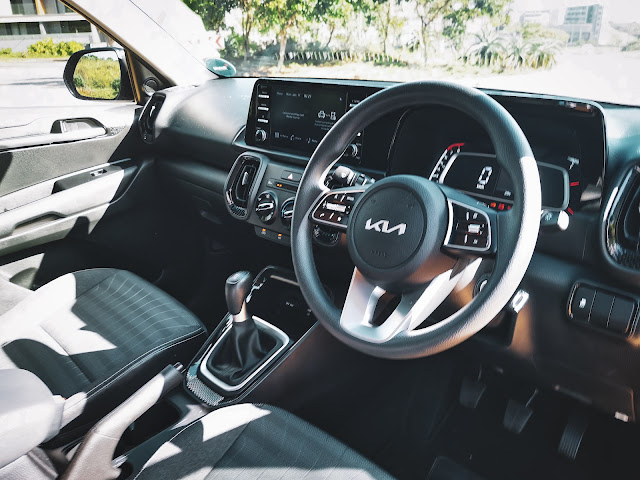 Like I said previously, the Sonet is the smallest SUV in the brands line-up and while the size of the car is quite small, the cabin is quite spacious. It doesn't have enough space for one to stretch out but with our 3 hour drive, there wasn't a need for us to stop and get some fresh air as we all managed just fine while in the car. There was hardly much road noise in the cabin, apart from the road surface changes but these were drowned out by the cars sound system which isn't anything to write home about but it was decent enough. The car came with air-conditioning but not climate control, what I liked was the large 8"-touchscreen infotainment screen which is very user friendly and has built-in mobile apps for smartphone users. Google's Android Auto came in very handy for my trip. The steering wheel is well equipped with all the necessary buttons and switches to make the drivers life much easier when driving. The instrument cluster is also digital which has a large display for your speed. Finishing in the car is great with a good use of plastics and materials that feel good quality and not cheap and nasty. The infotainment screen and instrument cluster border is finished off in a high gloss black that gives a nice luxurious touch to it. 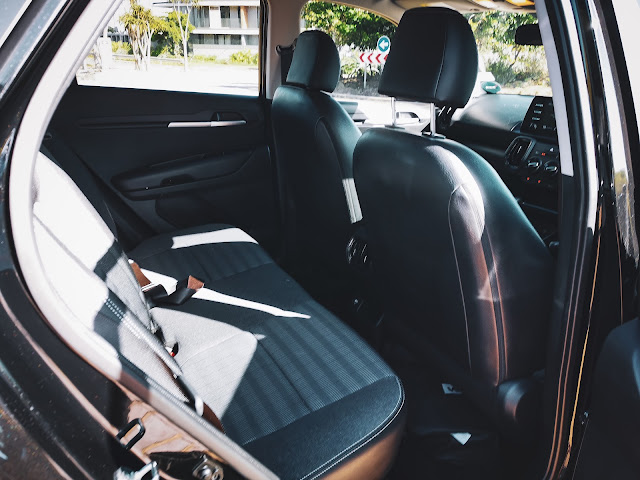 Overall, the Sonet is a well put together unit and even with this lower end model, it really feels like a great product and value for money. This particular model will cost you about R3,899 a month with a 5 year unlimited kilometer warranty. Insurance on these type of cars won't cost you an arm and a leg so if you're an average driver you could be on the road with a brand new Sonet for about R4,500 a month.  The ride quality on a KIA is really good and I've never had any issues with any of their models in this aspect, the Sonet was no different, while it is small you can't expect a lot from the luggage capacity but in saying that, the Sonet has 392L which is excellent for a car this size. My only regret is that I never really got to spend more time behind the wheel with the EC model because this LX model was such a good car to drive, I can only imagine how the EX would have been. 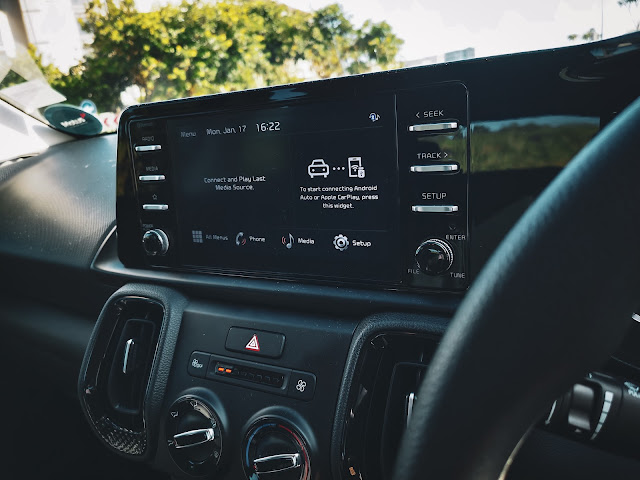 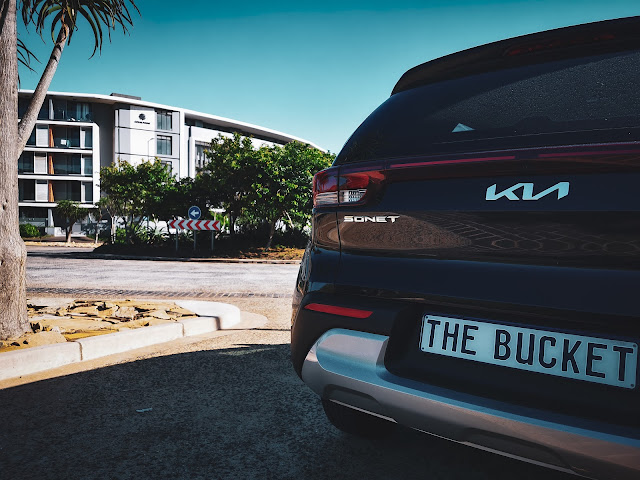