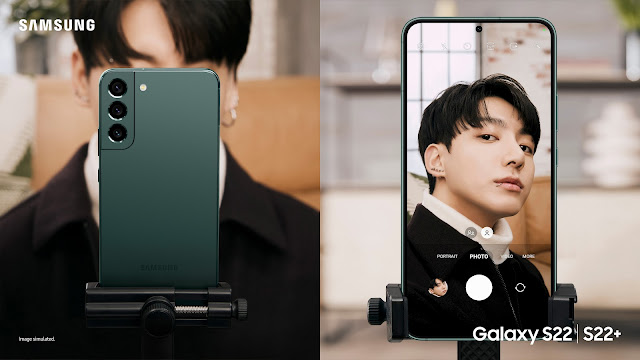 Last night saw Samsung introduce their latest range of flagship devices to the country with the launch of the Galaxy S22 range. With Samsung still being one of SA's best selling mobile devices, many were intrigued to see how they would make this new range better than the predecessor, with the S21 proving to be extremely popular with the market, and with the newly introduced S21 FE edition, it was going to take some great new innovations to steer people to opt for the new range, and as always Samsung have delivered. 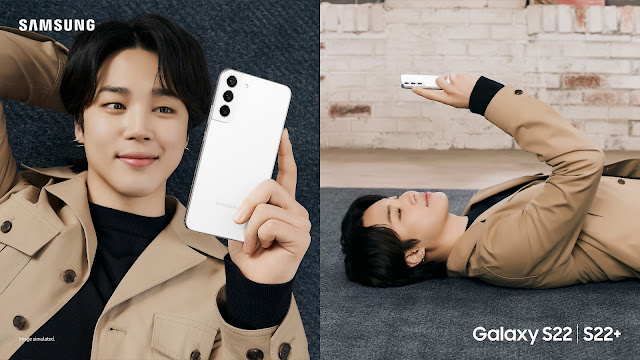 The design of the new S22 and S22+ hasn't changed a lot from the S21, in fact they're almost identical, with the only key differentiator being the colours which are Phantom White ,Green, Pink Gold and Phantom Black. With a slim line design that has bezels which flow with the symmetrical design, finished off in a sleek metal unibody that houses a expansive display and at the rear, monochromatic camera housing which surrounds the linear camera system, which makes it oh, so attractive. 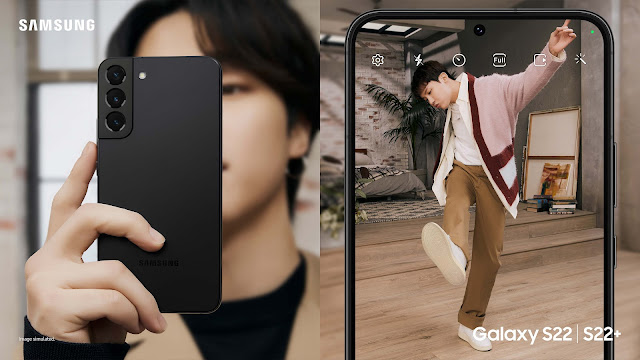 The triple camera system comprises of a 12MP Ultra Wide Camera, a 50MP Wide-angle Camera and a 10MP Telephoto Camera which has 3x Optical Zoom. Over on the front, a 10MP Selfie Camera can be found in the pin-hole slot on the screen. The new camera eco-system encourages you to be your own pro photographer with the device able to capture high-quality photos with at super fast speed, the high-resolution sensor is Adaptive Pixel which shifts the pixels to suit the lighting, which means more pictures that have great detail and the less change of blurred or unsteady photographs. The night mode on the camera system has been significantly improved with Samsung even dubbing it as "Nightography" which allows you to capture epic pictures with insane quality in low light conditions. This is thanks to a big pixel sensor which enlarges to pull in light while the Super Clear Glass dials down the lens flare, which assists both in photos and videos in dark conditions. This also helps reduce the "noise" that one normally gets when taking pictures in poor lighting conditions. Video recording has received an upgrade as well with the pro-grade camera recording now featuring blurless footage as well as new stabilizer which ensures smooth videos all the time. Samsung have improved the OIS correction angle by 58% which works with faster motion sampling that assists in stabilizing your shots, the colour captures have improved with Super HDR that has 64x more colour information even if the scene is backlit. 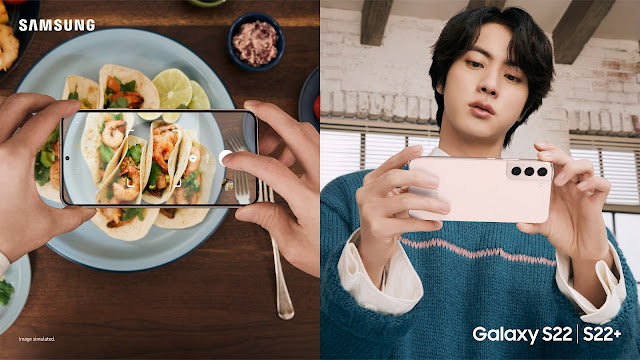 The Samsung Galaxy S22 range all come with incredible screens, with the S22 and S22+ having bright and brightest display accordingly. The stunning 120Hz Infinity-O displays are built with Dynamic AMOLED 2X with Vision Booster technology for high outdoor visibility, keeping the view clear in bright daylight or at night which means no glare. The Galaxy S22 is powered by a 4nm processor, the fastest chip ever on a Galaxy which ensures the phones smooth working whether you're vlogging, gaming all night or simply scrolling your feed. The Galaxy S22 comes with 3700mAh battery  while the S22+ has a 4500mAh battery, both devices have Fast Charging, with the S22 having 25W and the S22+ having 45W with their respective Power Adapters. Both devices have Wireless PowerShare to charge other devices which are low on juice wirelessly.  The devices come with a suitable amount of protection, the screen and back panel are fitted with Corning Gorilla Glass Victus+ which can better survive drops and offers a tough scratch resistance. They also have Armor Aluminum Frame that protects the devices sides when dropped, it also is rated IP68 ensuring water and dust won't prove to be a problem for it. 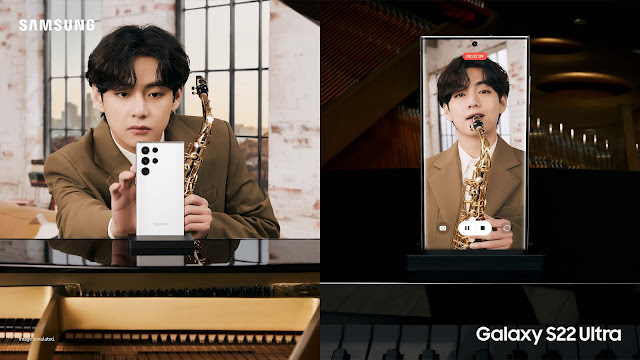 Also launched last night was the Samsung Galaxy S22 Ultra which essentially is like the Note but in the Galaxy S22 Series, the design is very "NoteWorthy" as well as the design and size. The S22 Ultra also has a built-in S Pen, the first of its kind for the Galaxy S Series. The pen which has been a revelation since its introduction enables you to write, sketch or control your phone with fits neatly into the bottom side and is ejected from the bottom of the device. The S22 Ultra is available in 3 colours, Burgundy, Phantom White and Phantom Black. Samsung say this device is an epic leap for smartphones it also features the 4nm chip which optimizes just about every feature in the device. The display on the S22 Ultra is the brightest yet, it features a Dynamic AMOLED 2x display with Vision Booster and has almost zero glare, hitting 1750 nits at its peak and having a 120Hz adaptive refresh rate keeping your scrolling smooth and constantly adjusting to what's on your screen. The S22 Ultra has a Quad system camera which has a 12MP Ultra Wide Angle Camera, 108MP Wide-Angle Camera, 10MP 3x Optical Zoom Telephoto Camera and a 10MP 10x Optical Telephone Camera, ensuring great zoom with this device. On the front you have a 40MP Selfie camera, all lenses are equipped with the massive pixel sensors and shape-shifting pixels which assist in low light photography. Samsung say that on the S22 Ultra, they've taken the biggest leap in video technology yet, with auto framerate which detects lighting and shifts to optimal fps speed automatically. The camera also comes with Pro mode to take your photography to the next level enabling you to extract RAW files for fine tuning on your PC. The Ultra comes with a 5000mAh battery and also has 45W Fast Charging capabilities. 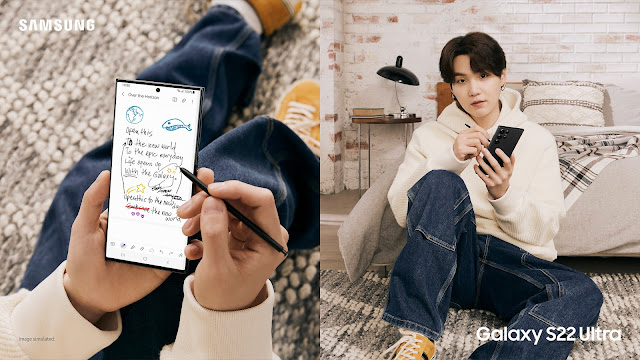 Devices will be available locally from 11 March with pricing as follows: 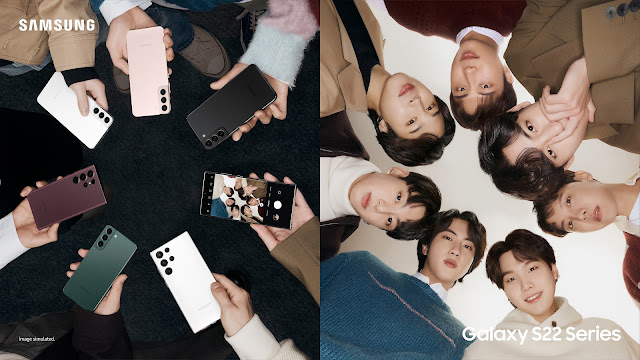