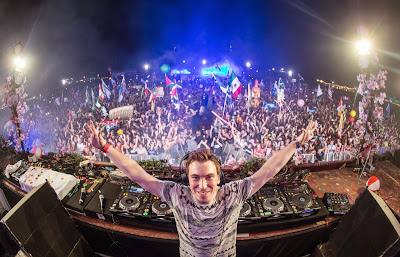 Well do you want to or not? I have 2 tickets that I WANT to give away to his show at the Wavehouse in Durban on the 5th of December! The show forms part of his #IAmHardwellTourSA which has been well received in the countries he has visited so far. For some reason people are under the impression that he wont be at show in Durban and it will be a recording or live stream... well that's bullshit, I have confirmation that the Dutch legend will be here in the flesh, to send the crowd into ecstasy with his wicked mixes.

Want to win some tickets to see him? Well there is two ways to do this


Once done, you and a friend could be partying the night away at the Wavehouse in Durban with the worlds best in EDM! Entries close on Friday, 29th November and the winner will be announced on Monday in the Monday Choon post.

- Winners must be from or in Durban to collect tickets.
- Only one tweet per person will be regarded as an entry.
- Only one share per person on Facebook will be regarded as an entry.
- Entries close on Friday the 29th of November.
- The winner will be announced next Monday, 2nd of Dec on this blog.
- Winners must be prepared to party hard on the 5th at the Wavehouse!
Posted by Amith at 9:09 PM