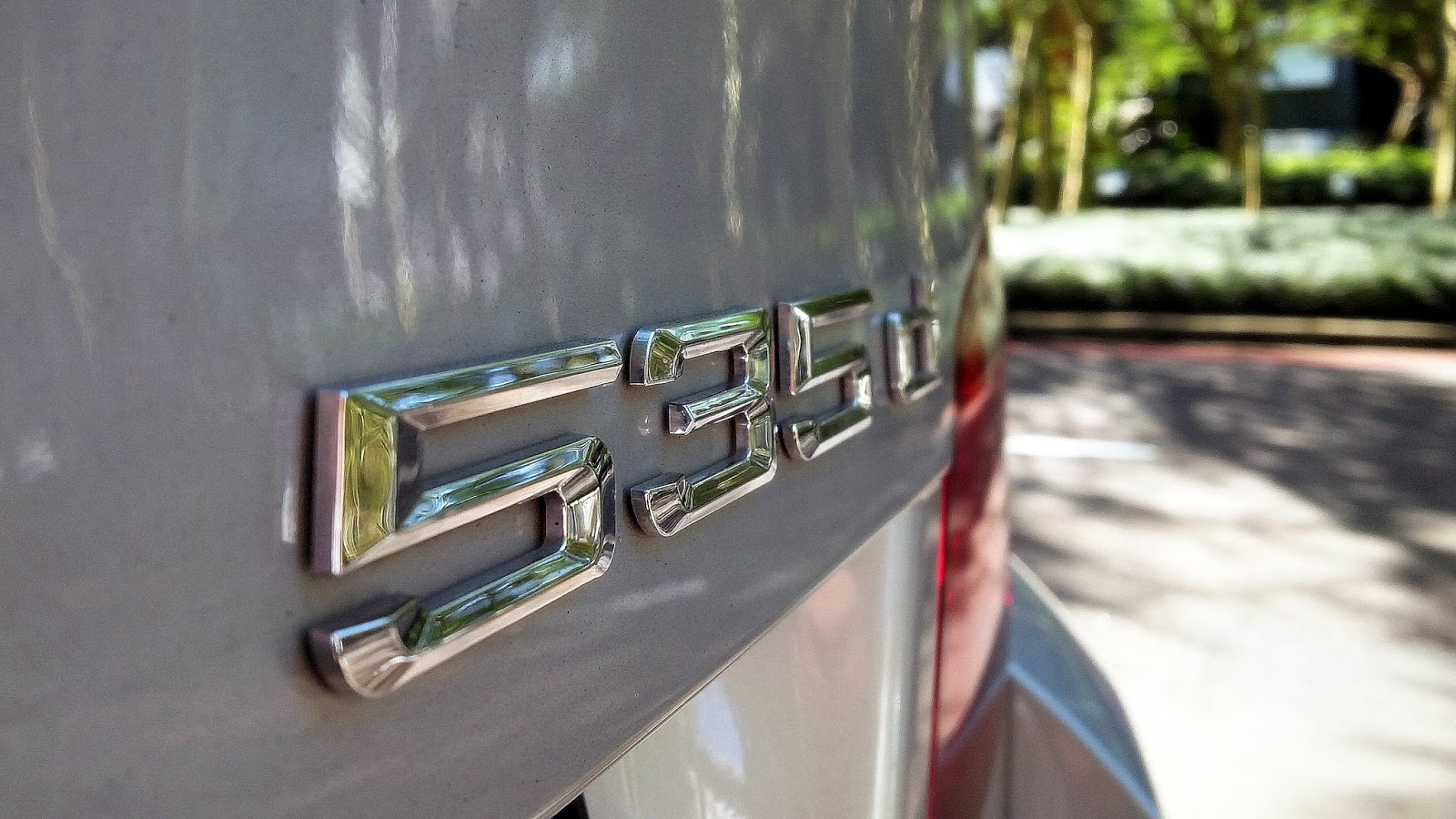 Yes, you read right, today's review is on the BMW 535d, the German auto maker has added another diesel engine to its already impressive line up, this one being the biggest available in the 5 series range.The facelift 5 series which was launched locally in the last quarter of 2013 did under go some minor cosmetic changes, as well an extended engine line up and host of new additional equipment items. The revised model also has the extensive BMW ConnectedDrive program. 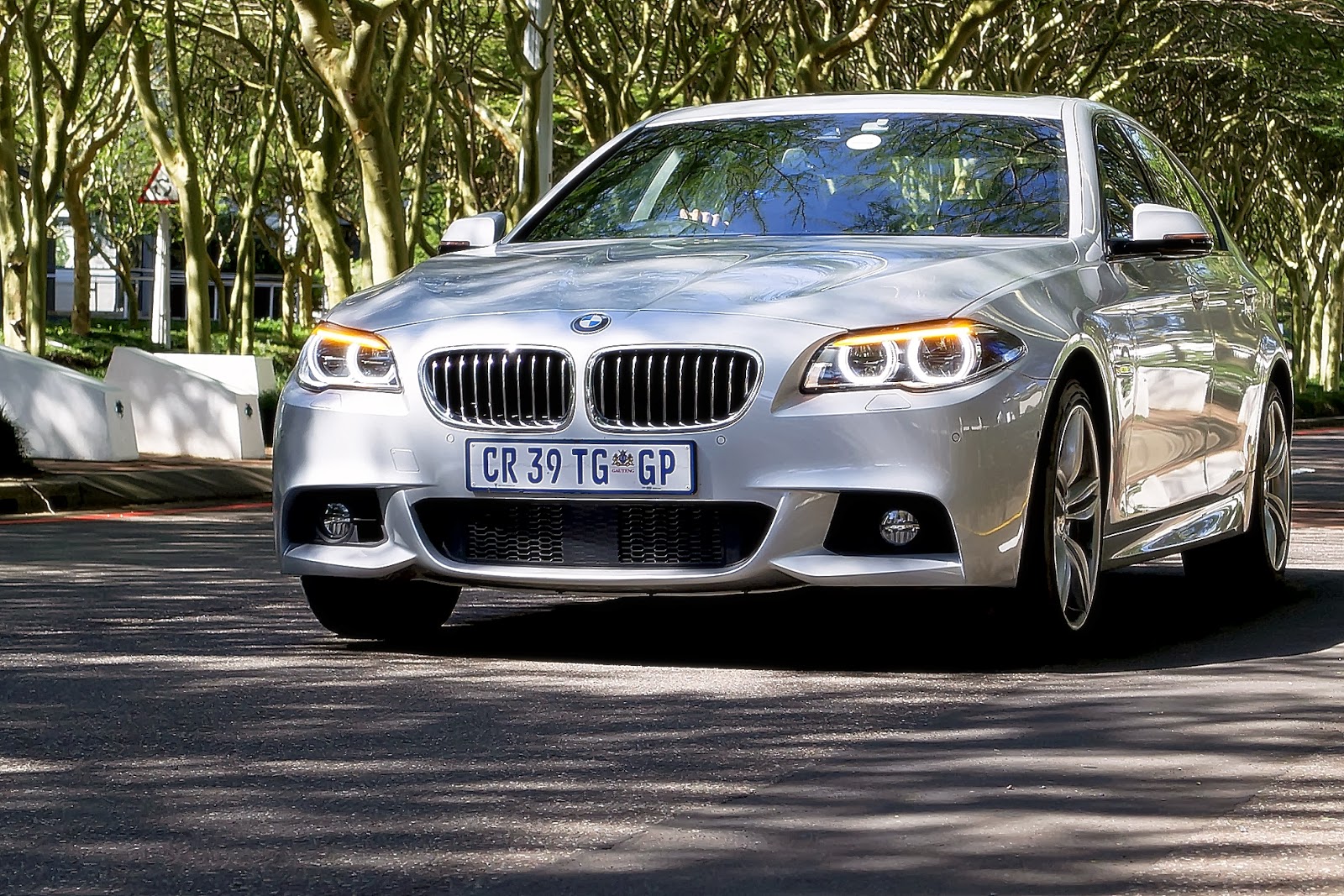 Best in its class

After visiting JIMS last year, the 5 series that was on display at the BMW stand was one of my favourite cars at the show. When buying a car, there's a host of options available to the buyer to make their model unique and suit their needs, yes this is the same for almost any car on the market but the 5 series goes that extra mile in ensuring that the car is tailor made for your everyday commute. It's because of this, the BMW 5 series was announced as the most successful business sedan of 2013 with most units sold in the world, 339,662 to be exact. That total includes the sedan, touring and GT models,with a combined fuel consumption of 9.9-4.5l/100km, and combined CO2 emissions of 232-119g/km. Its an impressive achievement seeing that its competition is the likes of the Mercedes Benz E-Class, Audi A6 and Lexus GS, all of which I rate very highly. 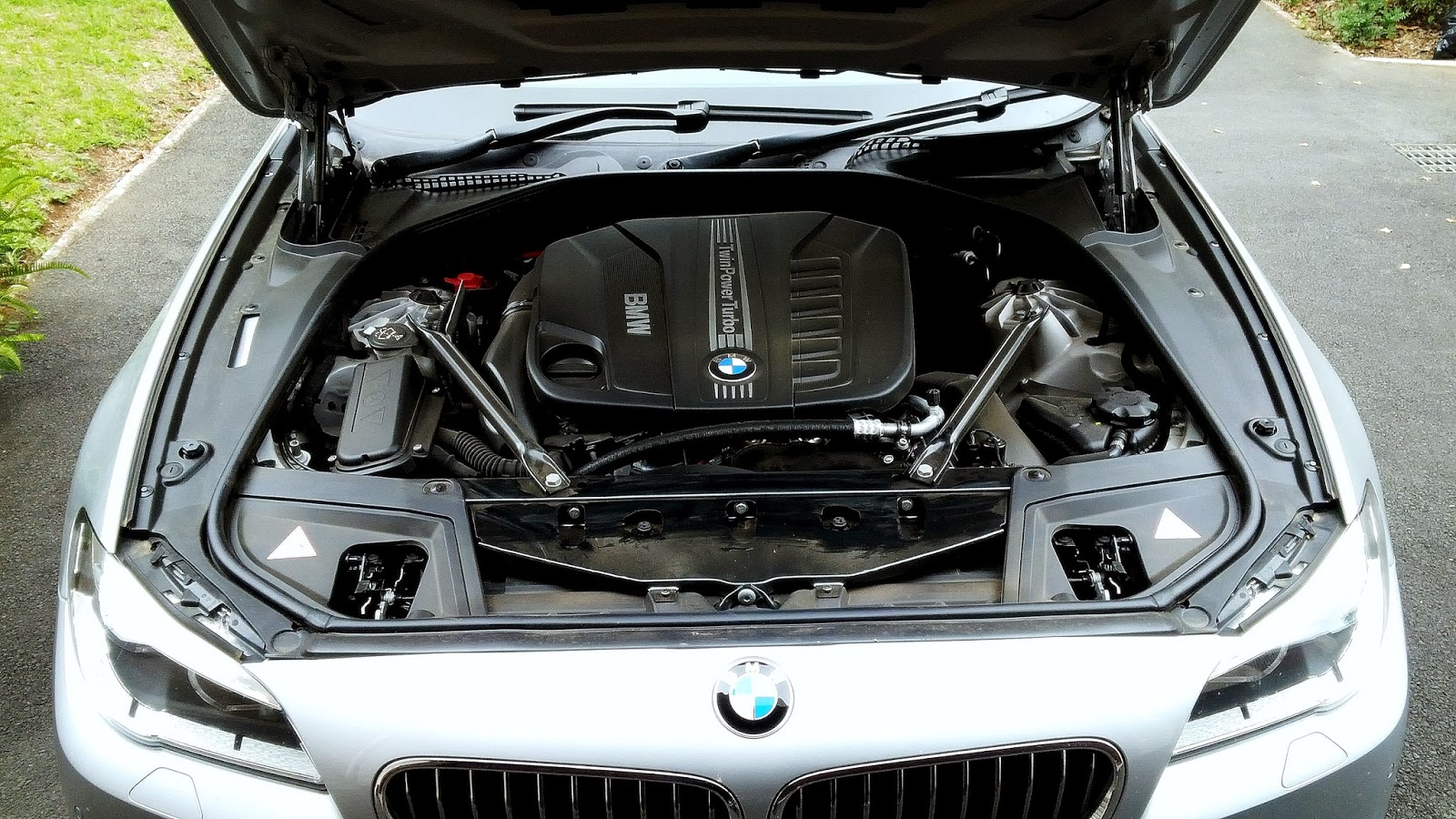 The heart of the beast

Coming back to this particular model, many don't like the idea of diesel cars and knock it before even driving one. Yes when diesel vehicles are mentioned, immediately one thinks of noisy cars that emit black smog and are a cost to maintain, not any more. The diesel engine has come a long way and is more refined than ever. Heck, in the case of the 535d, I'd say that the engine is the stand out feature of the car. There's a lot of impressive figures it spits out, 230kW, 295bhp but with all diesel cars, there's always one thing we look out for, that's the torque. 630 newton meters of torque, I'm struggling to put this in words that would be even close to explaining how much this is. 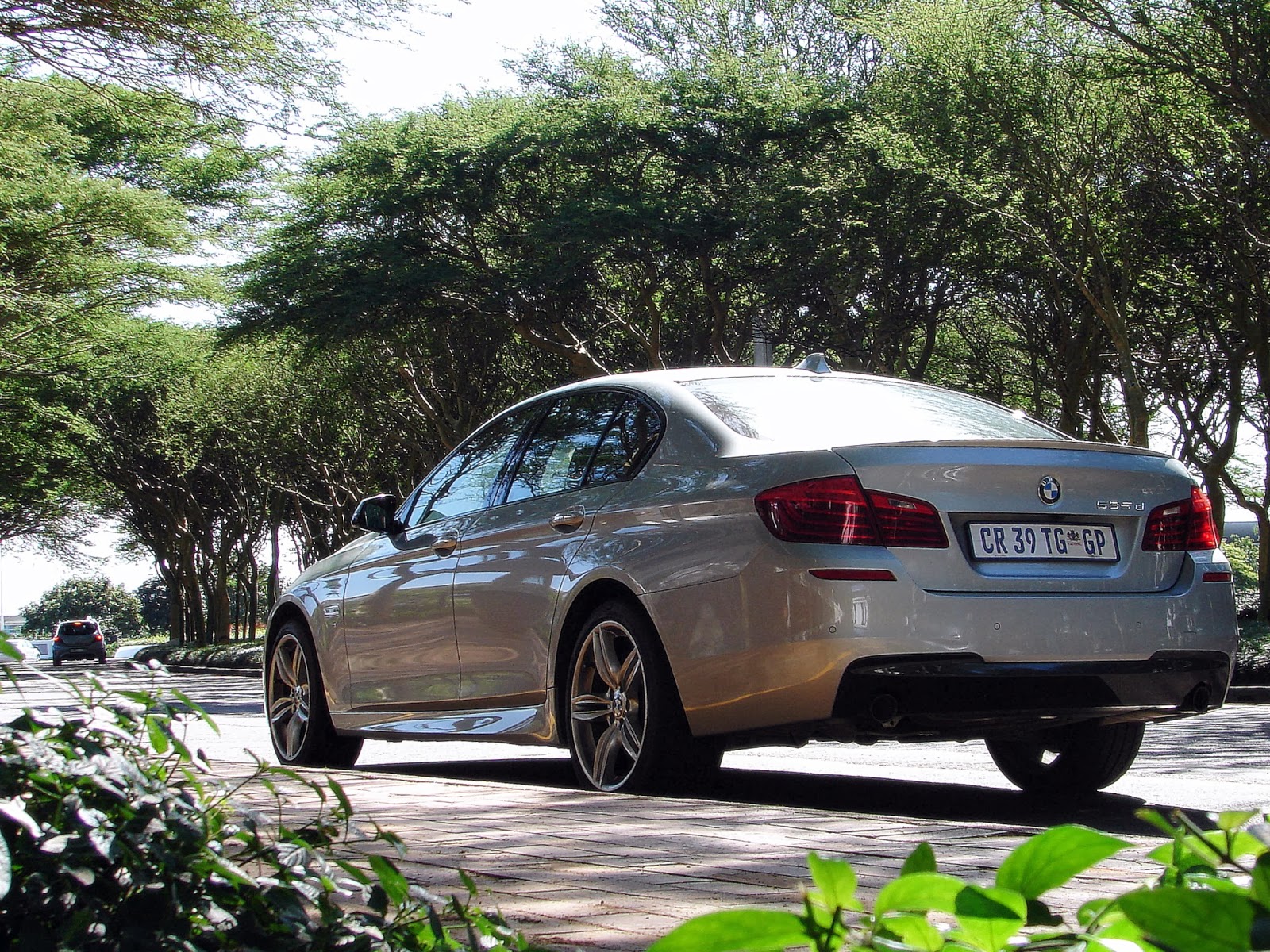 Put it this way, on comfort mode with all driver assists on, that is including traction control, if one plants their foot on the accelerator from a standing start, the back tyres will spin. That's how much power this monster is pushing out, and when you eventually do take off not long after that, you get forced back into your seat as this beast propels you forward in what seems like warp speed reaching 100kph in about 5.5 seconds. That is flippin impressive for a car that's just taken the award for best business sedan in the world. Unlike the petrol combustion engines, the diesels don't come with the twin scroll turbo but rather a exhaust gas turbo charger. 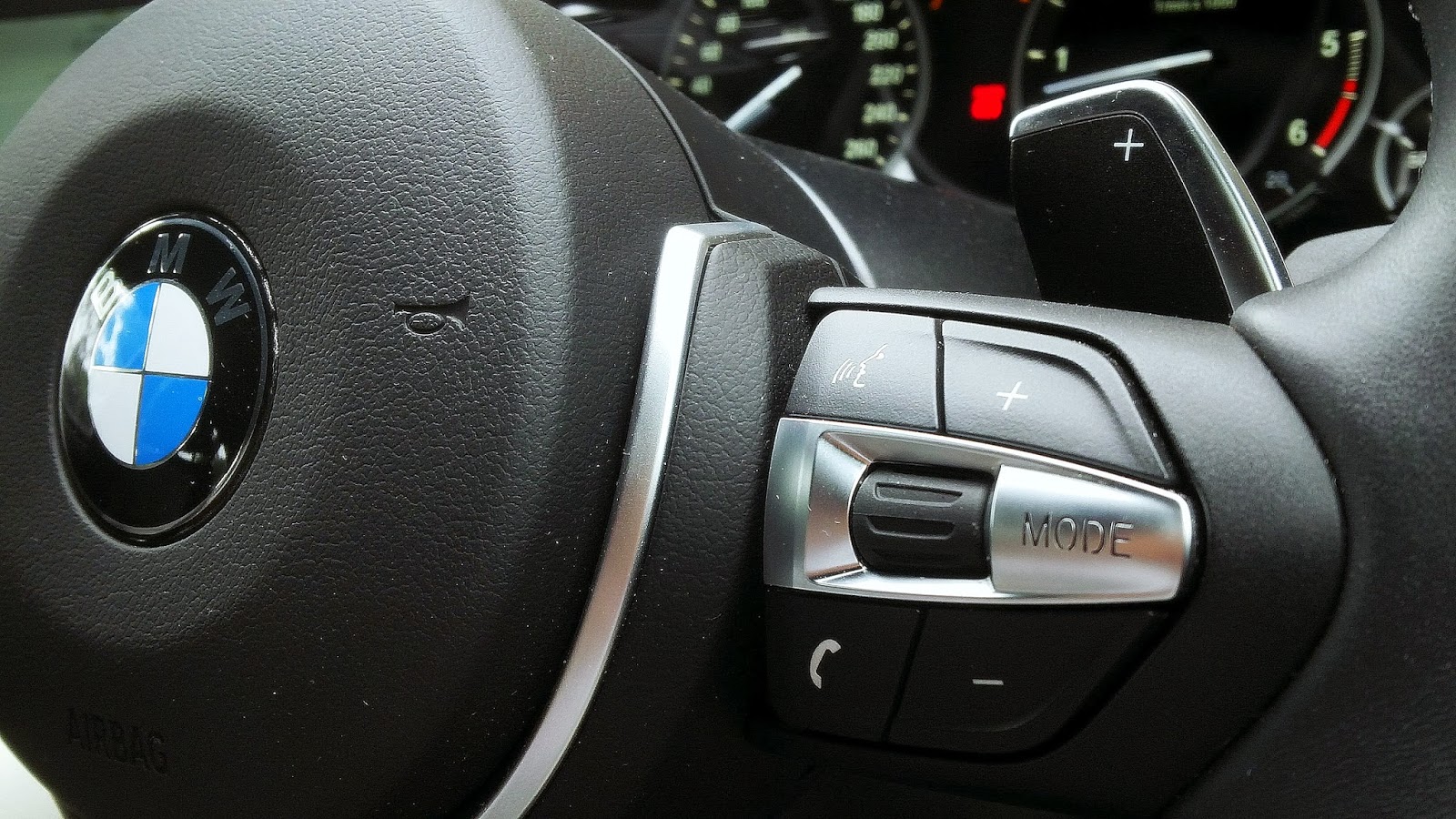 Although it packs a punch, it's not all power with this car as I very much enjoyed cruising around with it, the 8 speed dual clutch steptronic gear box on automatic mode was excellent with one hardly noticing a change in gear. Claimed fuel consumption being 5.4l/100km which is blody fantastic but in order for one to achieve that, eco pro mode is a must. The car does benefit a  lot from the EfficientDynamics package, with energy recuperation from the brakes and the automatic start/ stop function. That however does get a tad bit annoying when stuck in traffic. 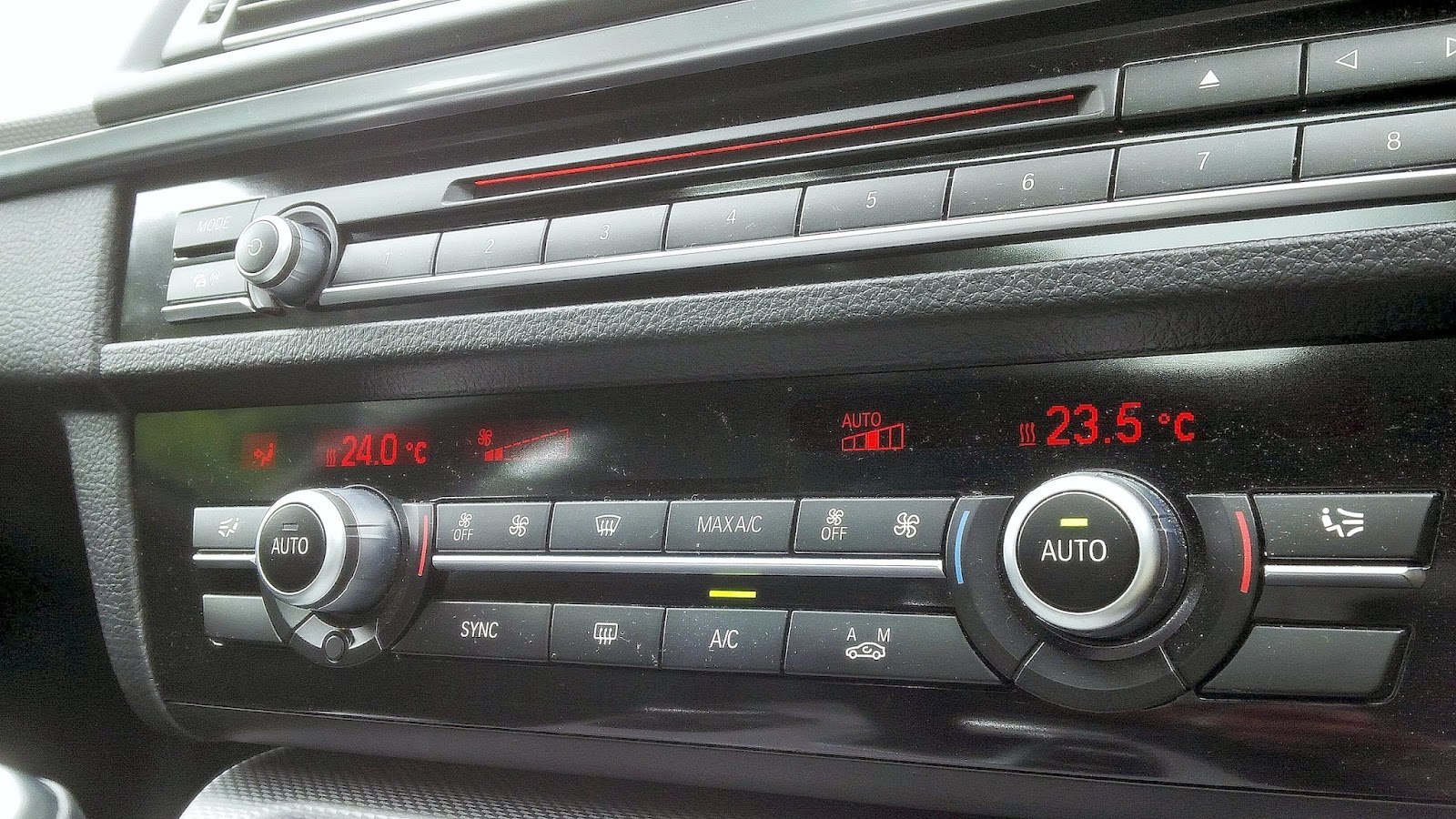 Being in Durban, this time of the year brings about some of the most uncomfortable weather with the heat and humidity at times be unbearable, the air-conditioning in the car was more than adequate to provide the driver and its occupants a comfortable driving temperature, with dual climate control for driver and front passenger with vents in the back for the back passengers. The car is big and hash ample room for four grown adult passengers to sit in comfort. Being the M sport variation of the 535d, I was expecting a hard ride with stiff suspension but the car seamlessly glided on any road with hardly a bump felt in the cabin, sure most driving was done in comfort mode but even when switched over to Sport or Sport+ the difference in ride was hardly noticeable. The front seats are full electric adjustable with lumbar support and came with 2 memory settings.

BMW ConnectedDrive with the voice command function was a breeze to set up and use, navigation as with all their models is straight forward as well as infotainment, vehicle information, parking assist and mobile telephone use. The car came with the camera package with has the reverse camera, aerial view assist as will as side view assist, all of which come pretty handy when manoeuvring around tight spaces with this car. Heads up display is always for me the coolest feature, besides assisting you to have knowledge of speed and other details projected onto the windscreen, it just makes you feel like you're in a spaceship. The car also came with the adaptive LED lighting with day time running lights as well as the light package which not only makes the car look stunning at night but also illuminates the door handles for easy access. 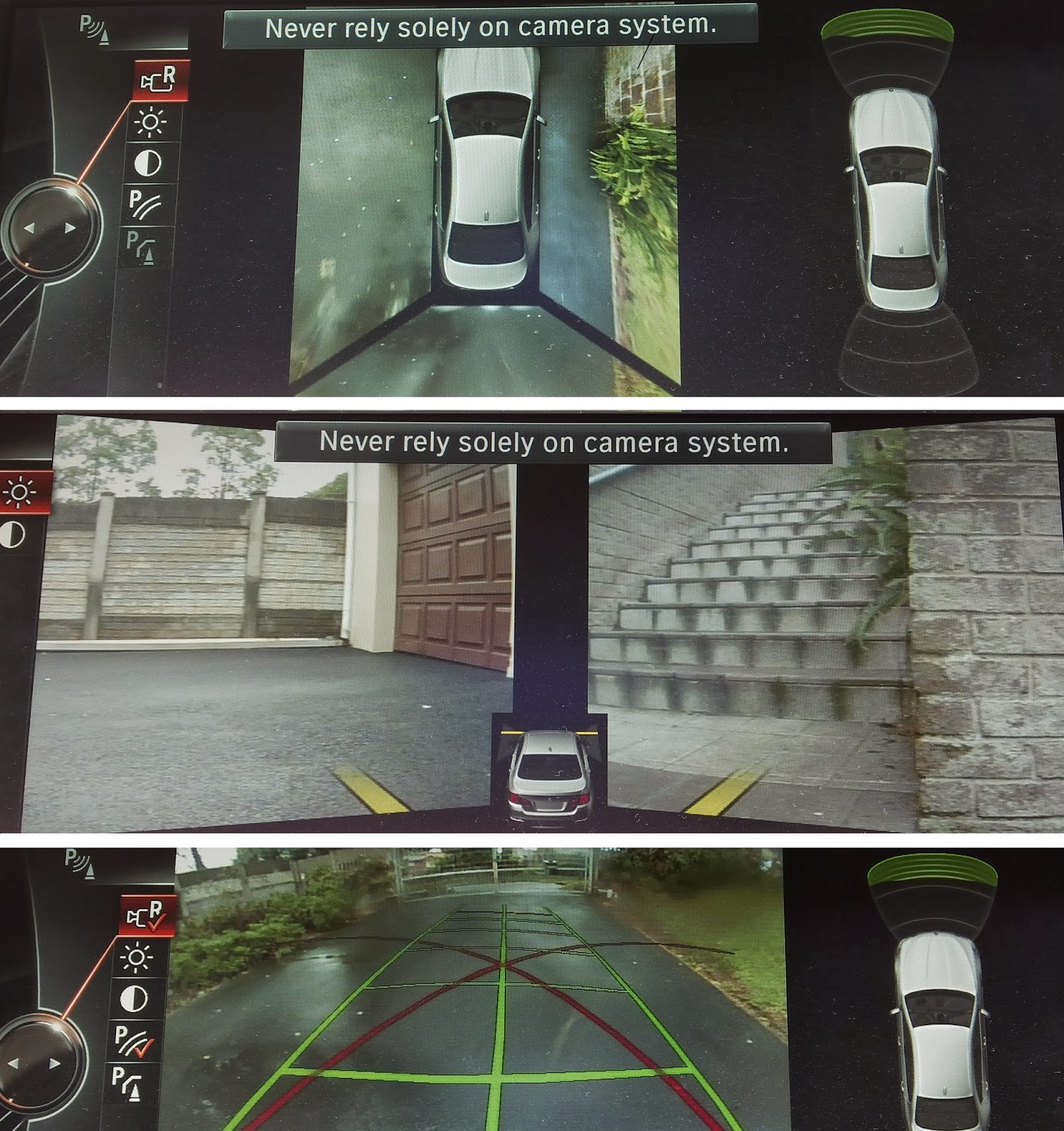 On the whole, the one thing that will leave you flabbergasted by your experience with the BMW 535d M is the immense power it has. Although there are two more powerful engines in the stable with the 550i and the M5, those won't give the excellent fuel consumption that this particular model gives you i managed 8.1l per 100km with my varied driving which we all know is damn good. It can be kitted out with all the extras your heart...well pocket desires so you really won't be short changing yourself by opting for the diesel. The car is a looker as well, they've done a fantastic job on the M sports kit, the angles and lines, not to mention the detailing is just stunning. Nothing short from what we'd expect from the Munich based motor manufacturer. The price, yeah it's not in the price range of many and if going for a diesel 5 series, most would rather opt for it's little brother the 530d which is no slouch either but I feel if buyers have driven both, this one will excite them more. It will be interesting to see the sales figures at year end for this one. 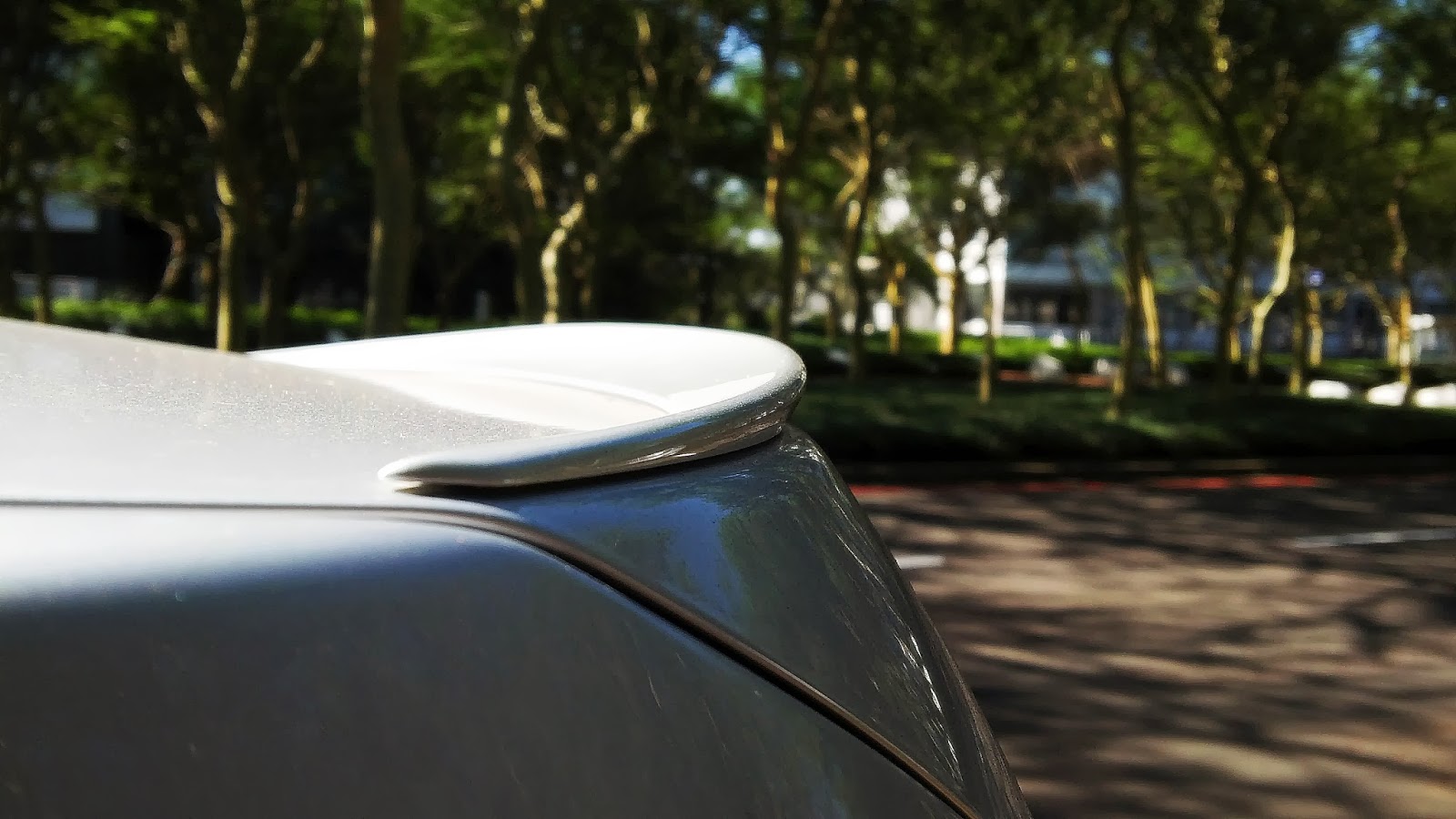 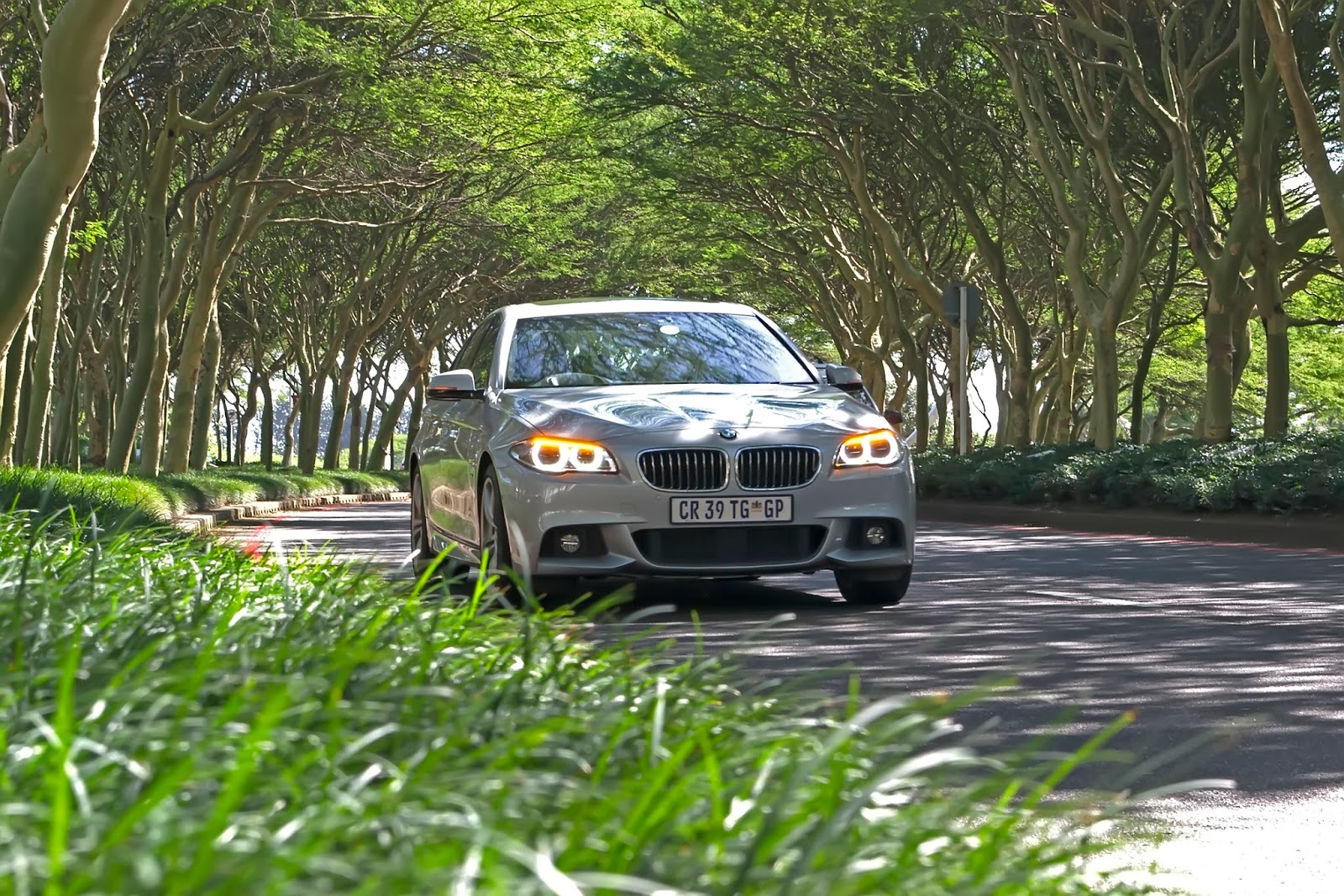 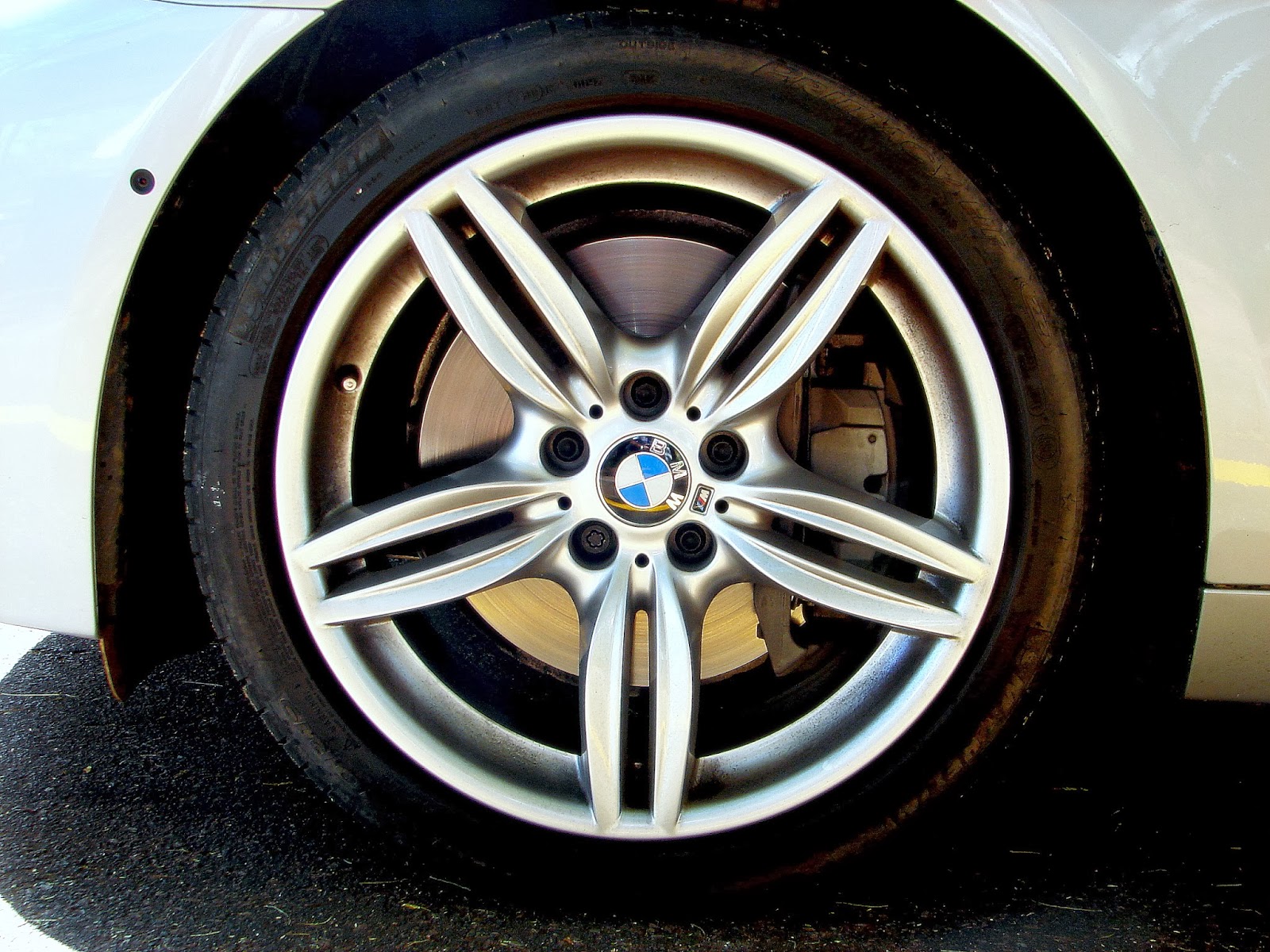 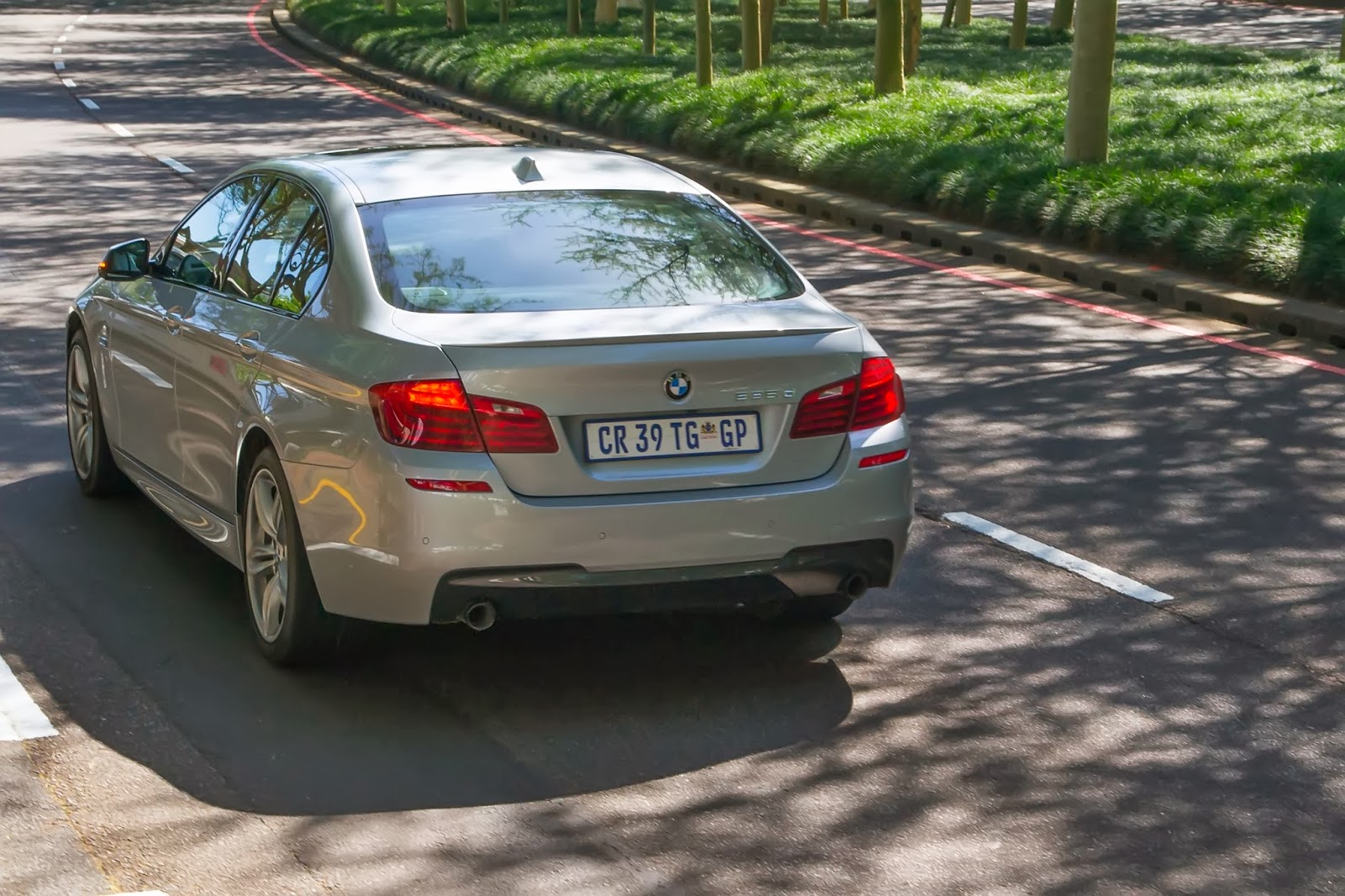 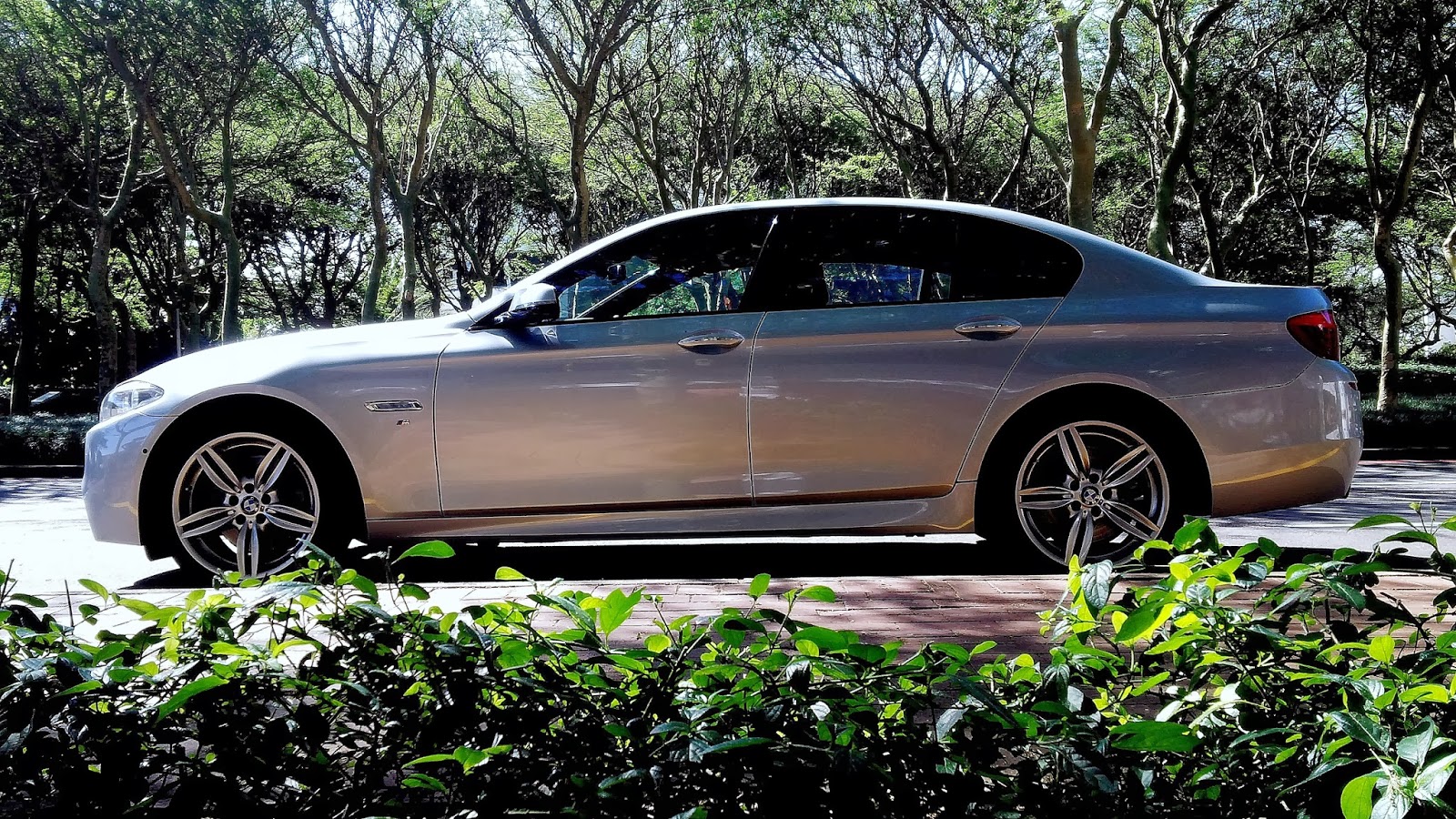 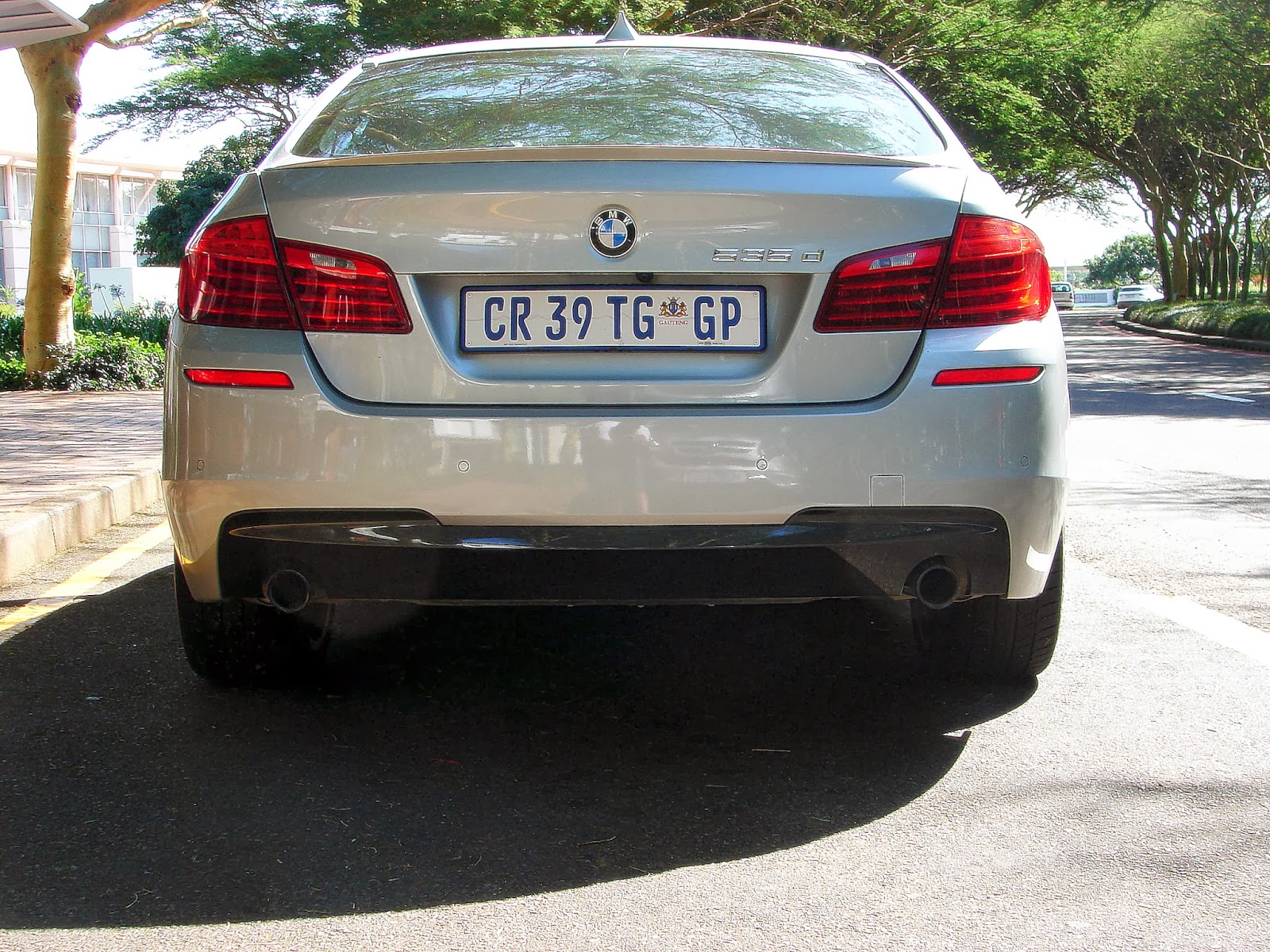 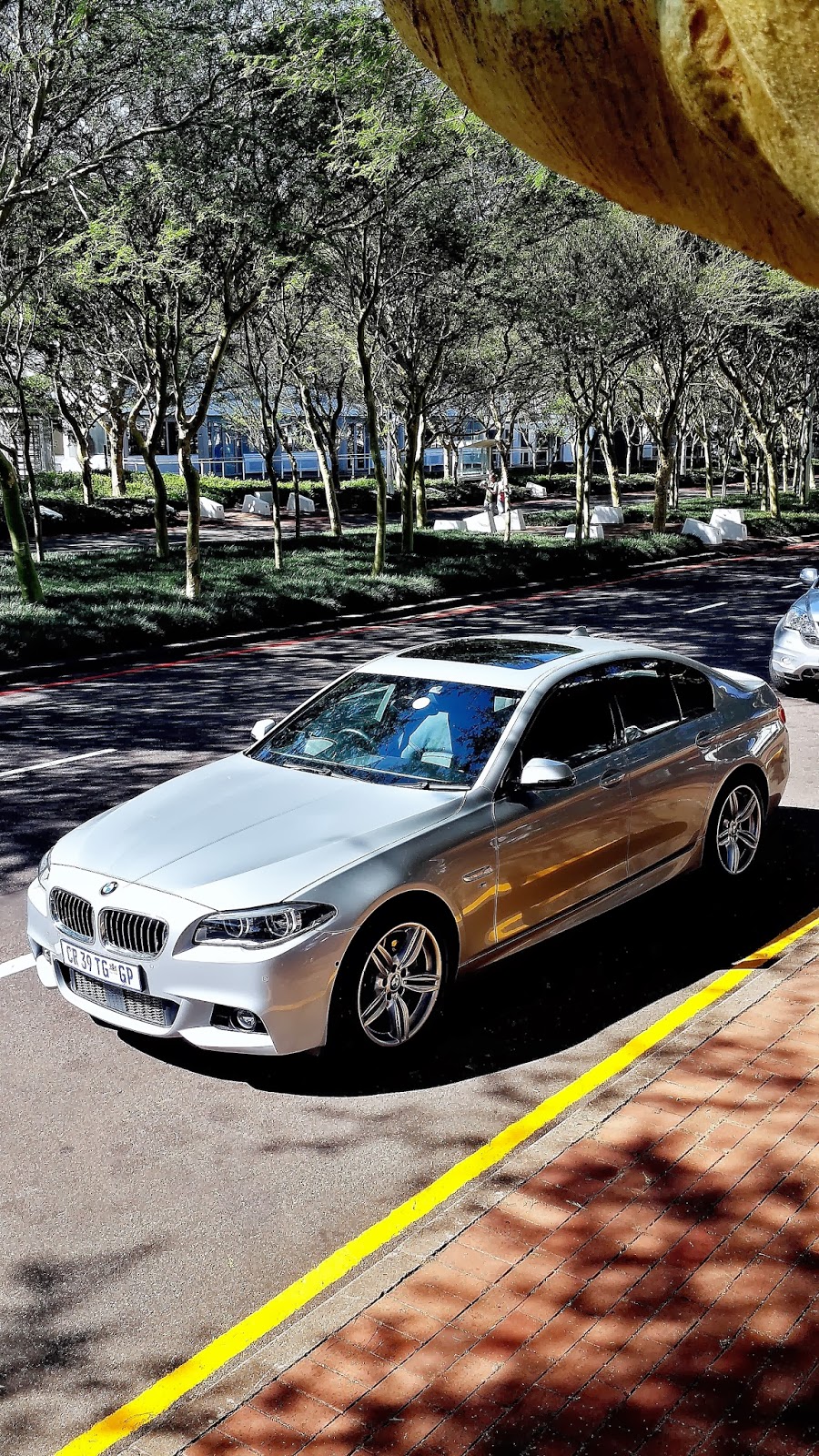 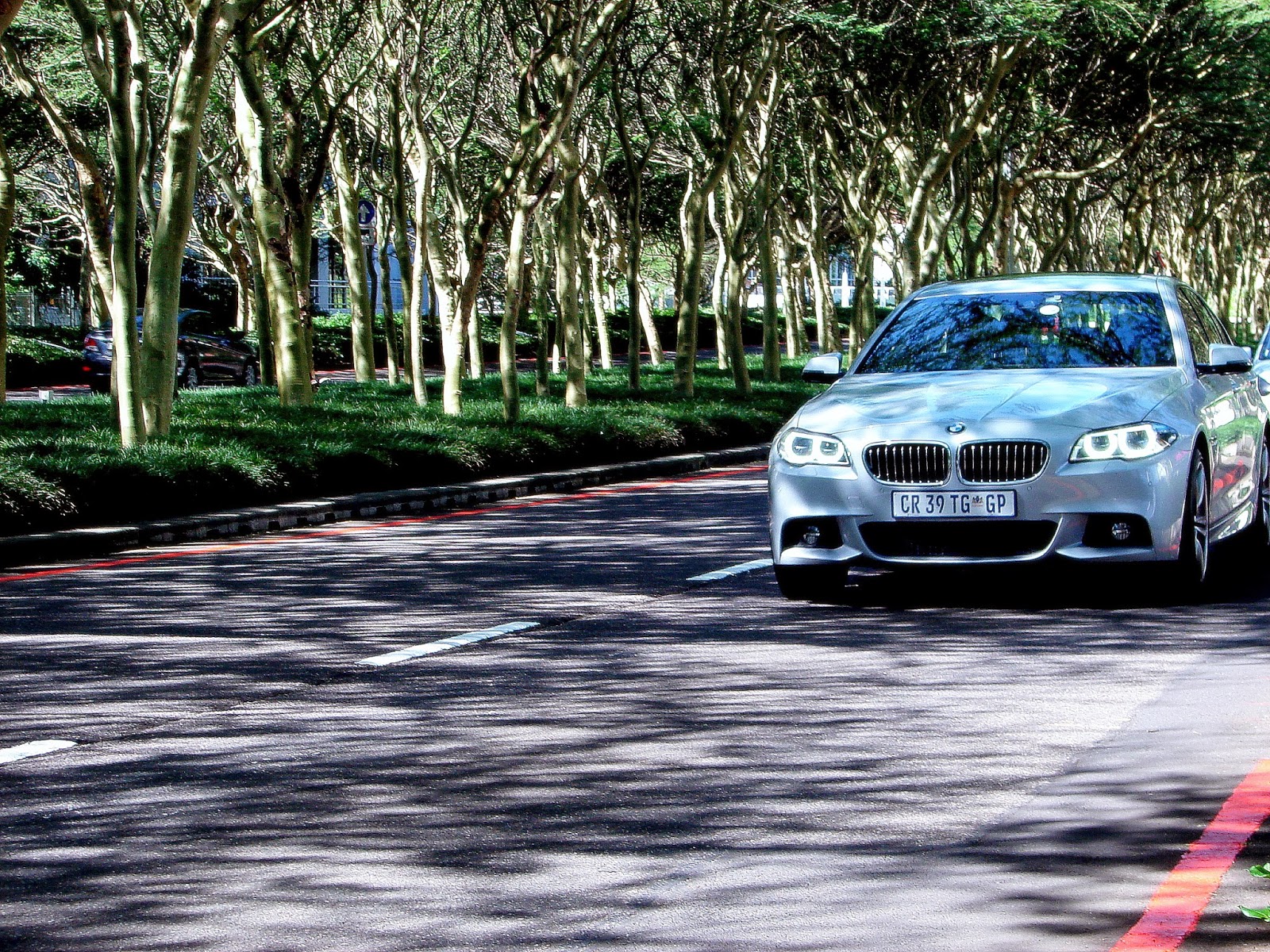 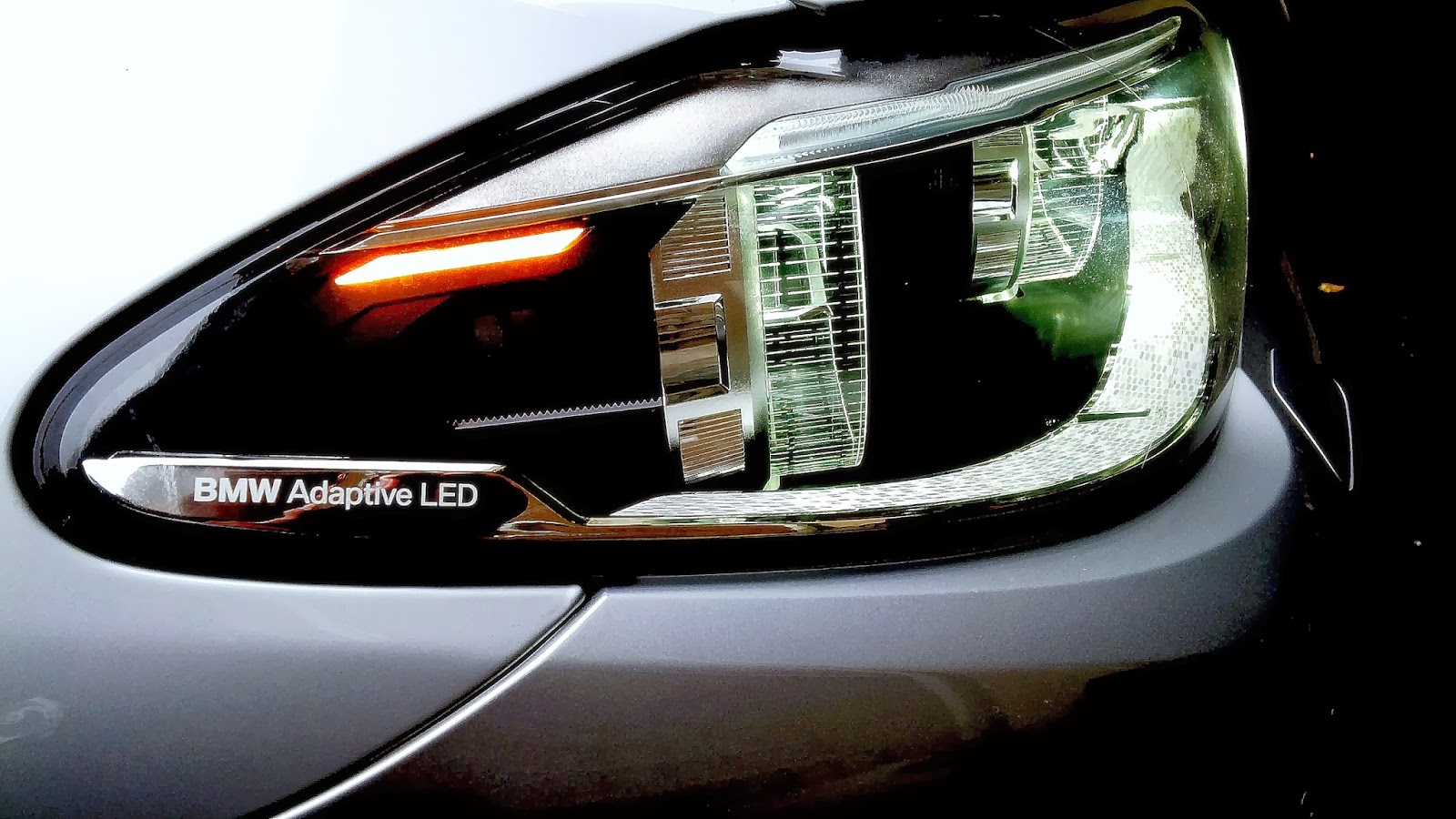 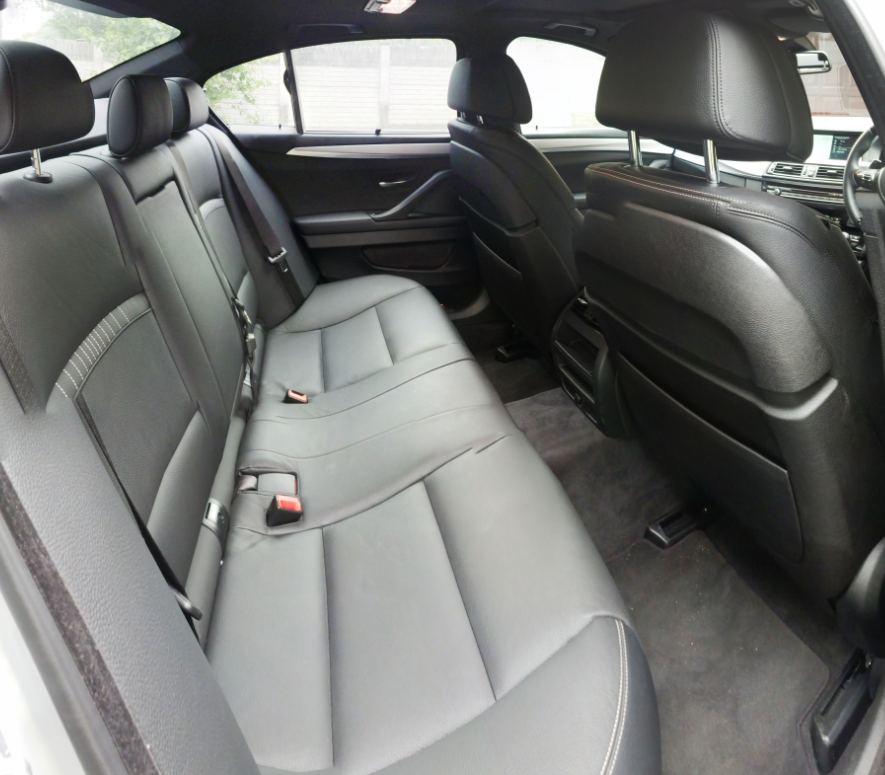 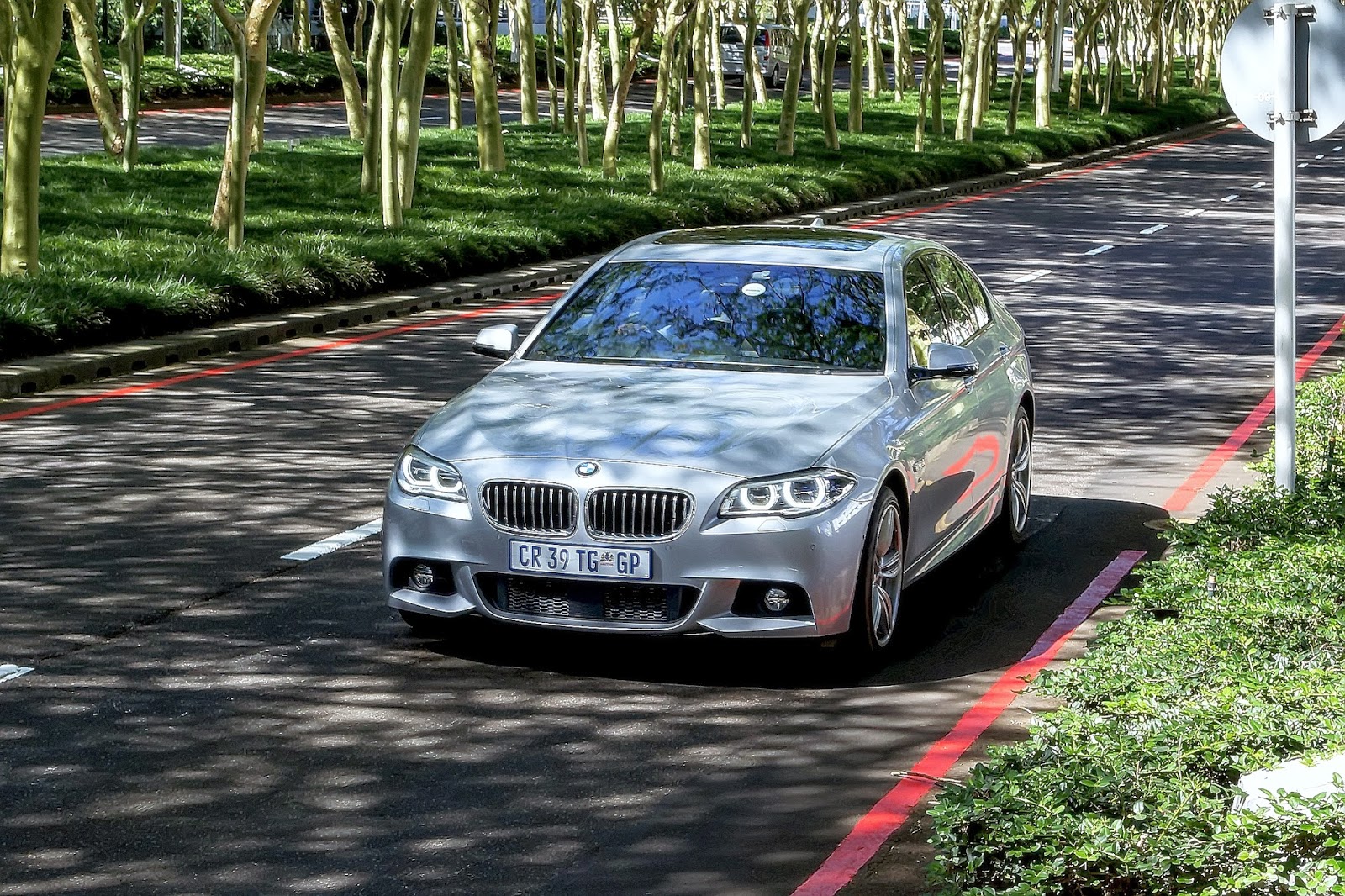 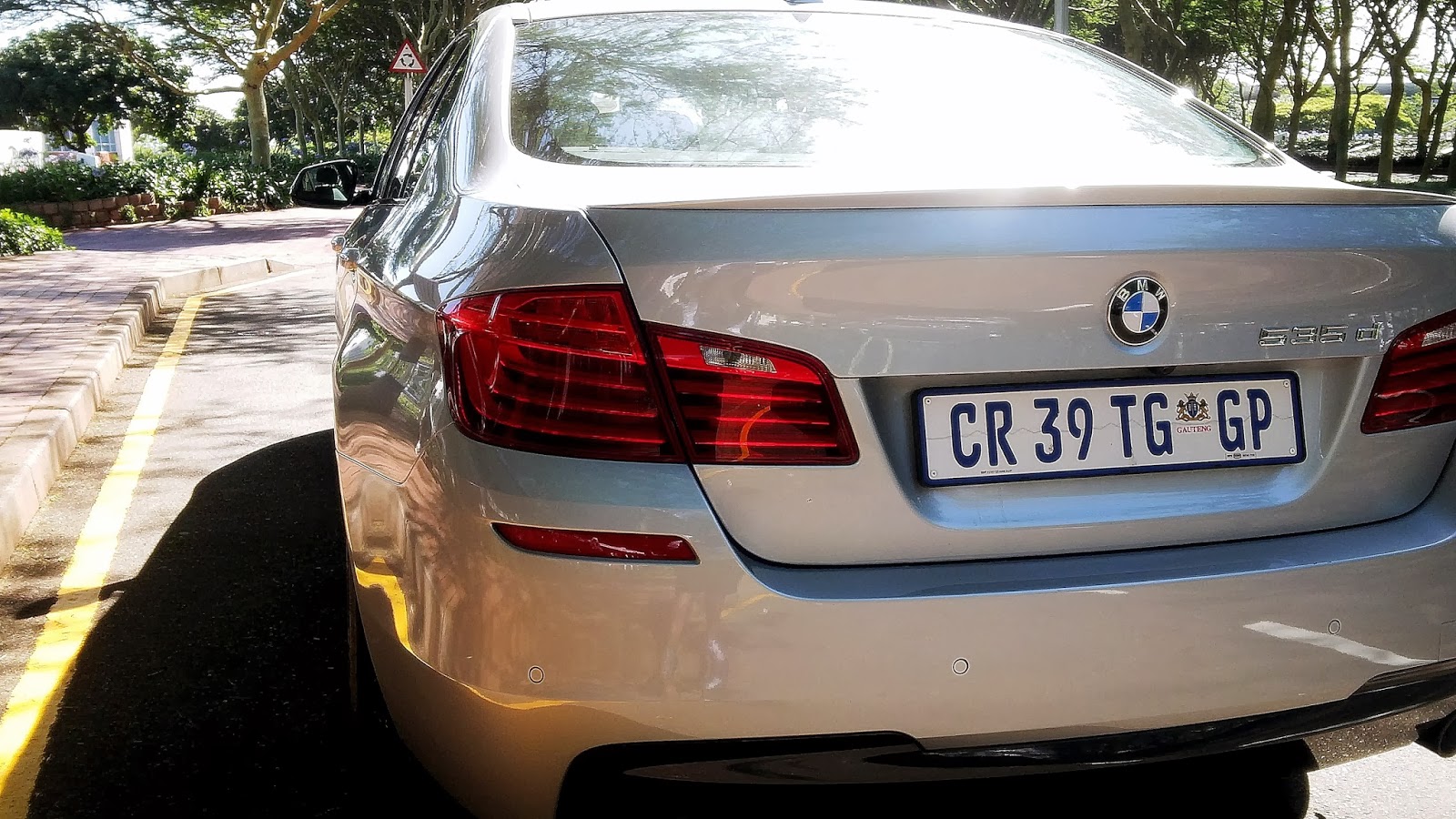 Thanks to @DevendranNaidoo who helped assist with the photoshoot!
Posted by Amith at 1:16 PM