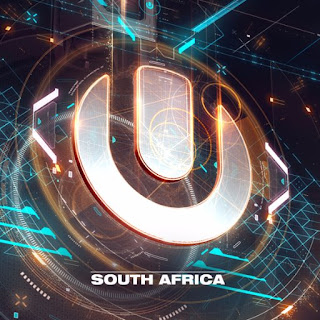 Just 5 months after we were wowed by an amazing two day spectacular that was Ultra South Africa 2016, organizers of SA's largest electronic dance music event have announced that Ultra South Africa will be back in 2017! Unlike this years event, next year will see it revert back to the one day in each city, in my opinion it is better seeing that many suffered from burnout after the first day but not only that, in terms of logistics and costs, to squeeze in so much in 3 days, in two cities must have been a nightmare but never the less they got it done. 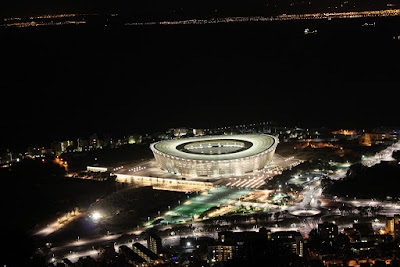 There are some changes to next years event though, the venue of the Cape Town leg has moved to the iconic Cape Town Stadium. The venue is a fantastic choice by the organisers, it makes sense as it's closer to the CBD with ample of parking and safety. The stadium is no stranger from hosting large events, from the FIFA World Cup to major concerts over the years, so it's more than capable of handling the crowds. Another interesting point to note is the concave glass roof of the stadium, it's designed in such a way to amplify the sound and give the crowds the best possible acoustics . So people attending the Cape Town event, be prepared to be blown away!

Johannesburg's venue remains the same for the 4th year running, the Nasrec Expo Center is almost like the home of Ultra South Africa. It has the largest crowd out of the two and it really is like nothing you've experienced before, I've been there for all 3 years so far so I speak first hand at how incredible it is. Ultra will be going out in full force again next year to bring you the best sound, lighting, pyrotechnics and of course, the world's best DJ's! Pre-registration and Early Bird ticket sales have already begun, so if you've already managed to get your hand on some of those tickets, well done! For the others, you still can register and buy them online now! 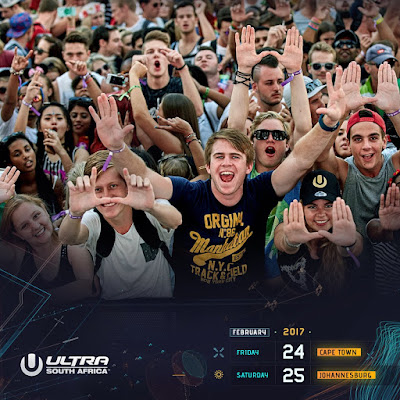 For details on the pricing structure and when tickets will be released, see below:


*Prices not inclusive of booking fees.

Follow Ultra on their various social media streams for updates on the event. 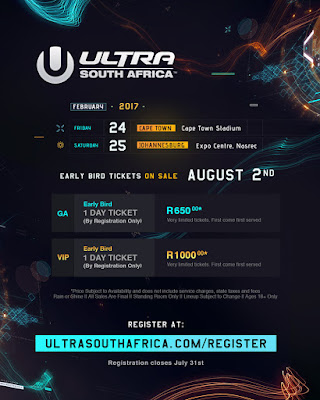