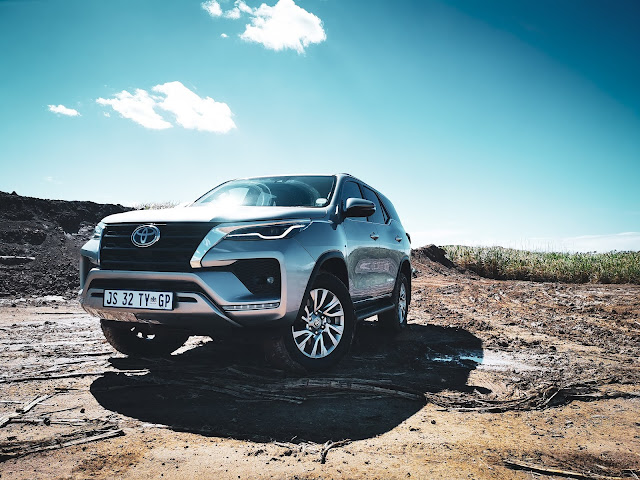 There's no real surprise as to why the Toyota Fortuner is one of South Africa's most sold SUV's. It's essentially based of one of the most loved bakkies in the country, that is the Hilux but instead of a cab and bin, it has a luxury cabin with 7-seats! This year saw Toyota reveal an update to the Fortuner that has included a host of new elements both in design and technology, while it still is powered by that famous work-horse of an engine that has expanded in its model offering, the power and economy figures have been tweaked to give the driver better results. I spent some time with the new Fortuner a while back and this is how much time went with the SUV. 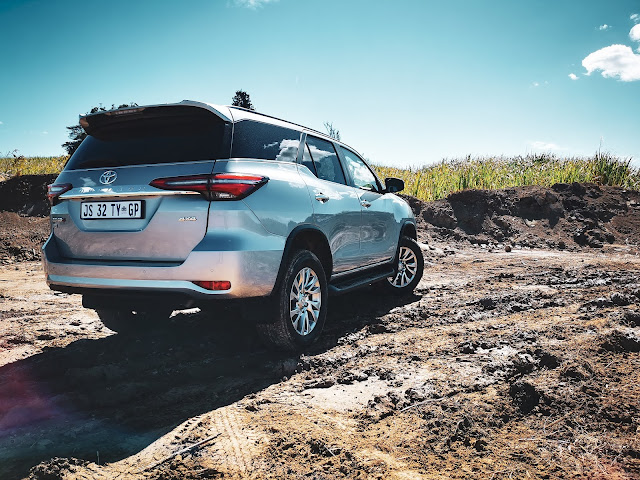 Not much has changed in-terms of the overall appearance of the Fortuner, it has some minor design enhancements such as revised headlamps and rear lights with more LED detailing that really give the car a striking appearance. A noticeable change on the front end is the new grill which has a larger profile design and a more prominent Toyota emblem in the middle. The sides of the grill have a wide border finished in chrome to accentuate the V shape and ties into the front headlamps beautifully. The lower part of the end has a significant change with larger air-intakes which house the fog lamps but below that is also day-time running LED's which could also serve as fog lamps, so one thing is for sure, this car is very visible in bad weather conditions. The number plate is mounted on the upper part of the front skid plate which is finished in brushed aluminum and adds to the rugged nature of the cars appearance. The Fortuner comes with new designed 18" alloy wheels which are great looking and tough for going off the beaten track with. Much of the overall design in the Fortuner remains unchanged from the previous model but still is a great looking car. 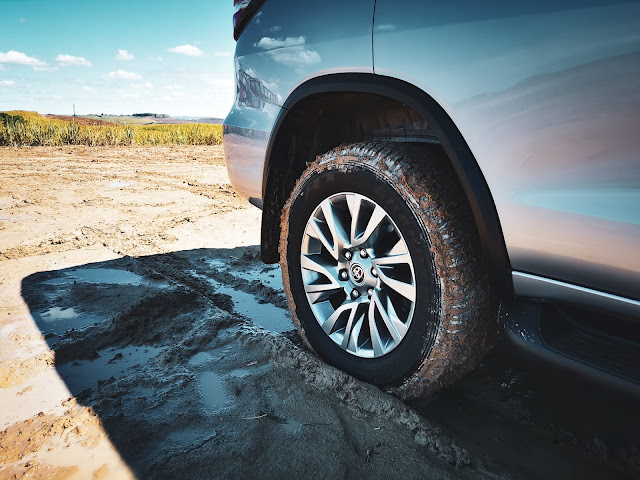 Powered by that famous 2.8L Diesel in-line 4 cylinder,  GD6 motor, you know the Fortuner has enough power to conquer just about any terrain with is. The powertrain is mated with the 6-speed automatic gearbox with paddle shift which works brilliantly at all speeds, maximizing the power output on each gear as it makes it way up the ratios. With various driving modes selectable from a touch of a button, the gearbox adapts well to when more power is required. With the motor delivering 150kW and 500Nm of torque, you won't be running short of power anytime during your journey. Off-road performance probably surprises you more than on the road performance, with the double wishbone suspension up front and the multilink four link suspension at the back, navigating through harsh terrain has never been easier, from loose gravel to sticky mud, the Fortuner performed exquisitely in all conditions. 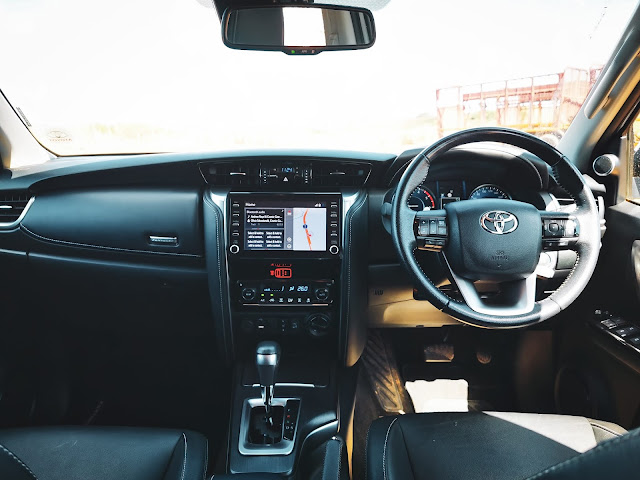 While the interior remains virtually unchanged, the technology has been upped in the Fortuner with the infotainment system offering mobile car app connectivity now with the likes of Apple Car Play and Android Auto available via USB connection. The interior still remains plush and spacious with stylish crafted black seats (not sure if other colours are available), the cabin has satin finishes and high quality leather from the dash to the doors. All very soft to the touch and has an opulent feel to it, it really enhances the luxury aspect to the car. The front passenger and driver have dual-zone climate control with heated seats, the second row and foldable 3rd row seating have single zone climate control for themselves. While the second row seating is spacious, the 3rd row when folded down is slightly tight but still enough space for an adult to squeeze in there. I'm still not a fan of the fold to the side seating for the 3rd row, I found this problematic with the previous model but I see Toyota have improved on the locking mechanism of it when folded up. Previously I had the seat unlocking itself while I was driving which can be quite a fright if driving alone in the car. Other note-worthy enhancements are the electro chromatic rear view mirror with an auto-dimming function to reduce glare during the dark, keyless entry, folding mirrors and automatic tailgate. 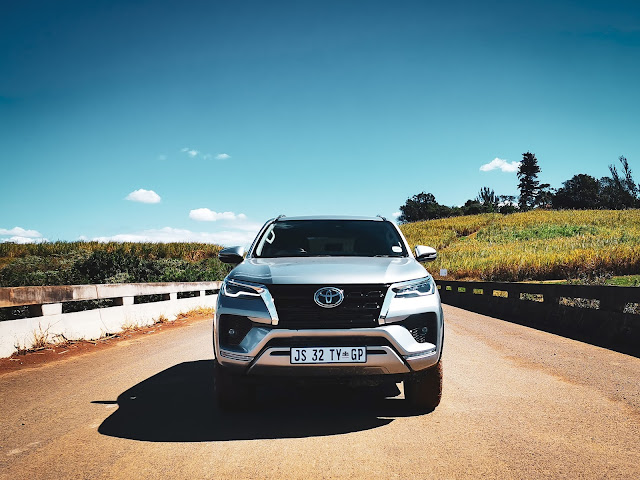 It's hard to find faults with the Fortuner and while they might be minor ones if you nitpick. they are too minor to even argue over. The pricing point of the car might seem steep at first but when compared to what you're getting in terms of car, performance, fuel economy and technology, not many come close. The sheer size of the vehicle along with that Toyota badge which means so much more than car manufacturer, it means great service, great reliability as well as great re-sale value, all of this makes it hard to look away at this model when in the market for a large family SUV that is capable of rolling in the dirt from time to time. It's not difficult to see what its built up such a cult fan base in the country and with the recipe Toyota have for it, long will it continue.