Boys will always like their toys and with the North American International Auto Show being the first major car show of the year, all eyes were cast upon the new models that were being released. Hosted in Detroit "Motor City", the show attracts large crowds from around the US and the world and in so many major car companies display the best they have to offer. Today's post I'll focus on the models that caught my attention the most. 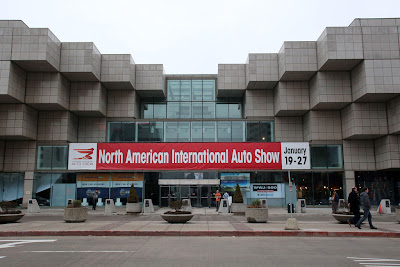 Being held in the USA, means the local giants, Chevrolet, Dodge and Ford would want to headline the show but often in the past they have been over shadowed by the European counterparts. Not this year though as the Americans came packing, no doubt for me one of the biggest show stoppers so far has been the Chevrolet Corvette Stingray.

The 7th generation by the automaker, it takes over from the ZR1 as the latest in Corvette models. The design of the car is simply awesome, sharper lines harking back to the Shark design but keeping the hatch like look of the Stingrays of the past. The 6.2 litre V8 generates approx 450 bhp and with the perfectly designed aluminium frame it has even 50/50 weight distribution. The cabin is a complete change around from the past where by everything from previous models has been thrown out. Its more in line with today's technology with all the gadgets you'll expect to find in any luxury European sedan, it even has a full digital instrument display!

Other notable models by American makers were the Ford Shelby 1000 series Mustang, the Dodge Viper SRT and the Lincoln MKC Concept. As usual the Europeans also came to make a scene but it wasn't the big super car boys that were making the noise but rather the Germans. Mercedes Benz and BMW have been going head to head in sales during the past year with BMW just edging them but the men from Stuttgart aren't waving the white flag yet. Last year they relaunched the A Class in a dramatic redesign to a sporty hatch, Detroit saw them unviel to the world the sedan version of it which is labeled the CLA. The sleek design of the car makes it look like a coupe even though it has 4 doors, thus making it a smaller brother to the bigger CLS. I personally love the design of this car as it does look like a smaller version of the CLS and since I cant afford one now, I'm hoping the CLA will be more in my price range.


Merc also took the opportunity to launch the latest E Class collection, normally they stagger the model release with the sedan, then the AMG variant followed by the Coupe and Cabriolet versions but this time it they were all display. Sporting fused kidney headlights and much to be desired front intake system the new E Class is striking in every way.

BMW also had some neat tricks up their sleeve with the much talked about 4 series coupe concept on display, which if put into production will replace the 3 series coupe. However the biggest attraction on their stand for me was no doubt the M6 Gran Coupe, I am a massive fan of the Gran Coupe and hope I get to experience one so the M version of the car is just the cherry on the top. The car isn't for every ones fancy and some seem confused for its purpose. Its direct competition is the Mercedes CLS and the Audi A7, so its a niche model that wouldn't appeal to all but for those that it does, they love it!

Speaking of the Audi A7, the range topping RS7 was launched as well at the show. The sportback just got more sportier with the added body kit and bigger engine. The car for me lacks the certain something that the CLS and 6 series has but in its own right it is a brilliant car.

Crossing oceans again, we head to the land of the rising sun. Toyota has always been one of the biggest retailers in the USA, with the Toyota Camry and Prius being the most popular in the family saloon segment so it came as no surprise when Lexus was launched all those years back it was a major hit with the locals. Having the quality and reliability of a Toyota coupled with the luxury one expects from a German car, it was a major winner. Lexus enjoyed good sales from most of its models, one of them being the IS, the latest model was launched on the 2nd day of the show and it is a stunner. When most people saw the concept last year, no one thought they would keep the eye catch grill. The dramatic lines and flowing molded body of the car is a visual masterpiece. Its really a production concept, the interior doesn't fail either with the cockpit mimicking that of the LFA. It also has a fully digital instrument panel and finally they got rid of that horrid digital clock which came straight out of a 1992 Corolla!

Not to shoot down the Corolla as I would be left eating humble pie because the Japanese manufacturer shocked most of the motoring world with its Furia Concept. Based on what the latest Corolla would look like, the concept left many in awe. The design whilst not being the most dramatic is a major improvement on the bland designs in the past. Toyota although still topping sales know full well that Hyundai and KIA are breathing down their necks so it was obvious that they had to make drastic changes to appeal to the modern public. Whether or not the production version of the Corolla will be more watered down version of this it is yet to be seen but like the Lexus, I hope they don't do much.

That was my best picks form NAIAS 2013, next we await Geneva where Ferrari are due to reveal the F70 to the world. I cant wait for that! 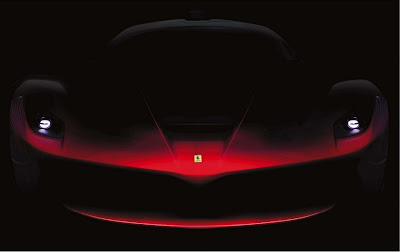