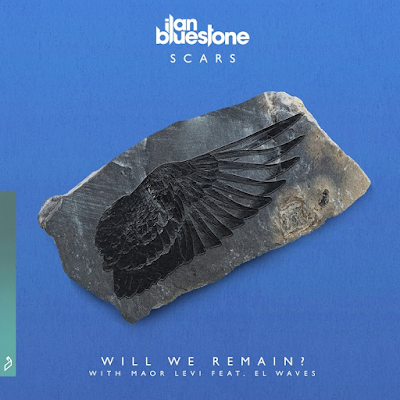 Ilan Bluestone is no stranger to those who frequently listen to ABGT or fans of the Anjunabeats label. The British DJ has been igniting the dance scene across the world with his unique tracks consisting of that 'progressive' sound he builds on today. In April this year he dropped a number of new singles from his debut album Scars. Most of which have been featured in many an episode of ABGT and in various DJ sets including his own at ABGT300 in Hong Kong. Today on the blog, I have one track that I particularly enjoyed, probably because of the strong vocal presence but overall a great balanced track, this is Ilan Bluestone with Maor Levi featuring El Waves, Will We Remain?