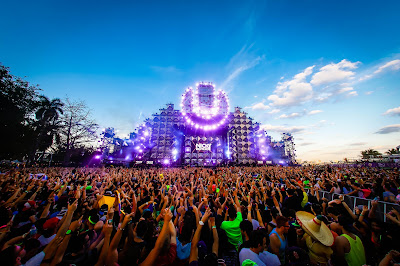 When it comes to music festivals, there was only one that topped them all for me, yes there's Tomorrowland, Creamfields, EDC and the list goes on but UMF Miami has become the ultimate one. Every year it just gets bigger and better with this past year saw them celebrate their 15th year running and the festival extended over two weekends at the Bayfront Park. Since it coincides with Winter Music Conference, you can expect almost every big name DJ playing there on the weekend. Its like an all you can listen to EDM buffet. It was also the venue for Swedish House Mafia's final show as it all began for them in Miami so it was only fitting that it ended there as well. 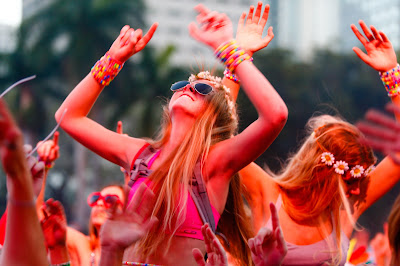 Words cannot begin to describe this party and that's why they make an after movie every year to show the rest of us how much we missed out. It was originally said to be released at the end of July but for some reason that go delayed till today but whatever the case, its here for us to enjoy! There are a few legends that feature with the South African flag in the video so keep an eye out!

Tickets for UMF 2014, which returns to a one weekend format have already gone one sale with early bird specials being snapped up in a matter of minutes. I am seriously considering attending this one as tickets are easier to come by than Tomorrowland and it is undoubtedly the mother of all jols. Hola at me if you're interested as well.
Posted by Amith at 10:57 PM