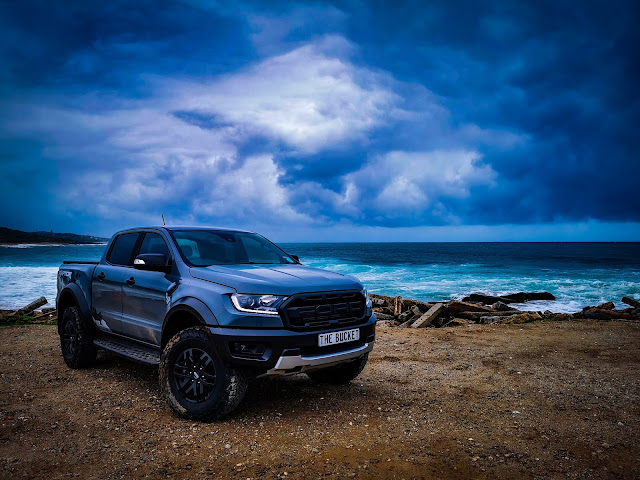 Last year I had the Ford Ranger Raptor on test and it was the first time I experienced a "performance bakkie" and at the time I never really saw a need for such a vehicle. Before the official Ranger Raptor was launched, there were many places offering "kits" and stickers to make a normal Ranger look like a supposedly Raptor but then Ford decided to pull reigns and release an actual Ranger Raptor to stamp their authority on the market. The Ranger Raptor comes fitting with a 2.0L Bi-Turbo diesel that churns out 157kW and 500Nm of torque, I mean for a bakkie that is a lot of towing power but people who buy this van aren't buying it as a work horse but rather something to have fun with. Ford sent me the Raptor again last month and fortunately I had some work down in the KZN South Coast, which involved a lot of off -road driving, in mixed conditions and I had the perfect opportunity to put this beast to the test. 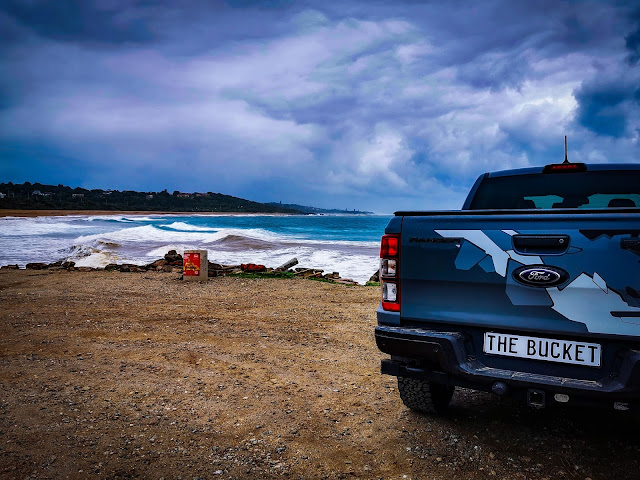 When it comes to styling, I said it before, Ford got this one right, most of these kits we see on standard Rangers are over done and make the car look ghastly, with the Raptor, its more of a minimalistic approach where the concentration was aligned with the practicality of the car. A lot of the design was centered on what they wanted to van to do rather than just the looks, so with the wide body, the Raptors front face being shorter than the normal Ranger, with a metal scuff plate underneath to protect the under carriage from potential damage in high-speed bush whacking. The Raptor comes with a MacPherson strut design, double-wishbone front Fox racing suspension with coil-spring solid axle with Watts linkage at the rear. This along with the huge 17" 285/70 tyres allows you to conquer just about any terrain with relative ease and also, with some speed. 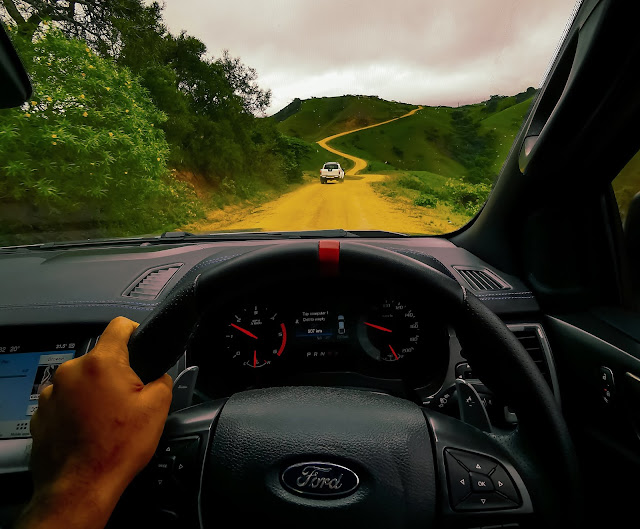 Navigating the gravel roads in both the rain and wet proved to be effortless for the Ranger Raptor, ride quality was unmatched to other bakkies in its class, the car was so comfortable in this setting that it actually wanted you to go faster and that is when I appreciated the engineering that went into this car even more. The way it manages to grip to the surface but maintain composure is really something else. All of this happening on the outside while you are pretty relaxed in a comfy cabin, fitted with racing  seats for driver and front passenger, finished in a suede with stitching and heating, dual climate control and the huge infotainment screen with Ford Sync 3, which has built in Android Auto and Apple Car Play. Being an Android user I made use of the Android Auto, which worked seamlessly, my only gripe would have to be connectivity with the cable, but that is more for Google to sort out than Ford as it is an OS issue. On normal road driving it would be fine but when you're making your own roads in the middle of no-where, the connection between cable and device might break off now and then which doesn't help you when you are driving and enjoying your favourite track only for it to cut off and you have to spend time trying to re-link it. 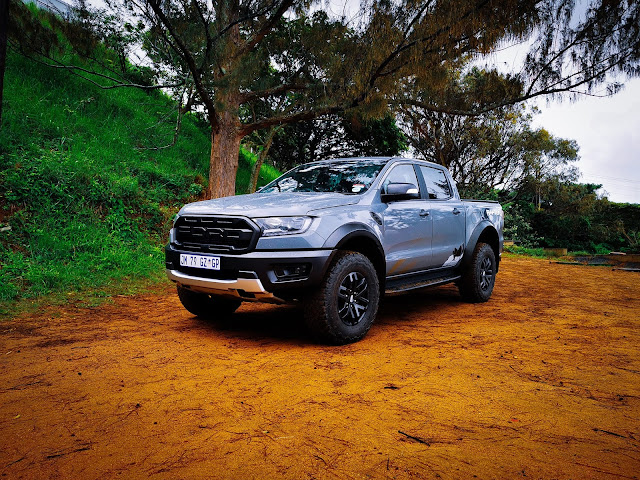 Anyway, back to driving, when it comes to most 4x4's, many tend to prefer the manual gearbox but the Ranger Raptor ain't your normal off roader so the 10-speed auto box is the perfect fit for this, also Ford given you paddles on the steering should you feel the need to down change or want the manual feel while driving, it really enhances the rally feel and often you even forget about the sheer size of this thing, because the Raptor is longer, wider and higher than a normal Ranger Wildtrack which in itself is massive. Parking this beast is a bit tricky at first but with all the tech like PDC's and reverse camera to help you with it, you will master it quicker than you would expect to. Overall, my second experience with the Ranger Raptor surpassed my first and I really got to appreciate the type of vehicle Ford built here. It's not just a status symbol, if its used for the purposes its built for, you will soon discover there is really nothing else like it on the market. It truly is worth the price tag which now is just shy of 900K. 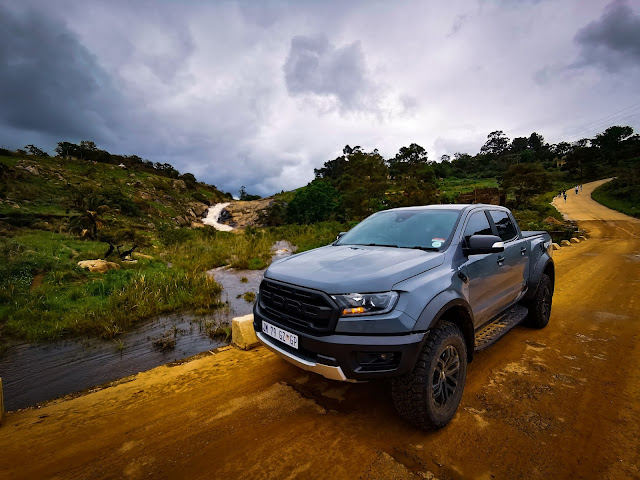